It may have been released nearly two decades ago now, but Simon Pegg and Jessica Stevenson’s sitcom Spaced remains as hilarious and comforting as it ever was. The show is one of the great modern sitcoms and was the launching pad not only for Pegg, Stevenson and the rest of the cast, but also for director Edgar Wright.

The show’s 14 episodes aired across two seasons in 1999 and 2001 and told the story of Tim and Daisy, two friends pretending to be a couple in order to rent an affordable London flat. The pair experience the struggling careers and stuttering love lives of most regular twenty-somethings, all of which is made bearable by their close-knit friendship circle.

From a personal point of view, Spaced will forever have a special place in my heart due to the the time in my life when I first discovered it. I think I might have seen the odd episode as a teenager, but it was at university where I really grew to love it. I started at uni in 2003, a time before Netflix was all-conquering and when the DVD box set was still king. For our little group of friends, the box set holy trinity was The Office, I’m Alan Partridge and Spaced, all three of which were watched from start to finish with alarming regularity through university and beyond. While the other two shows may have been more popular and arguably also more laugh-out-loud funny, it was Spaced which proved to be the most relatable.

Here was a show tailor-made for students and twenty-somethings who were still unsure of their place in the world and were stumbling along as best they could. It represented a world we all knew, one of shared living arrangements and low incomes, where friends became a second family and pop-culture references engulfed most conversations.

The characters of Spaced felt refreshingly real in that regard. They were funny, warm and lovingly flawed and unlike many other shows of that time, Spaced portrayed their lifestyle in a realistic and honest manner. 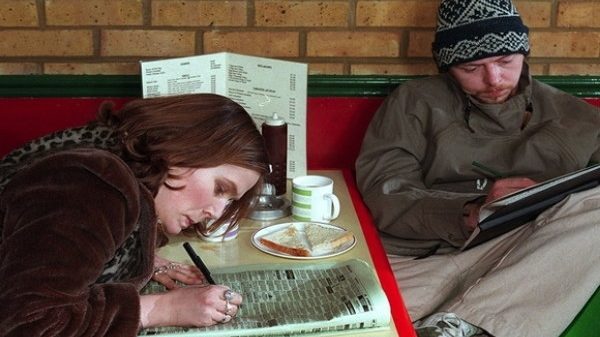 The show benefited from having a fairly unique tone and sensibility compared to its contemporaries. It may have been built around a relatively common setup – friends live together and get into various scrapes – but otherwise it relied on none of the traditional sitcom tropes. There was no studio audience or canned laughter, no predictable plots, and no stereotypical characters. It wasn’t a show which aimed for mass appeal at all. Instead it ploughed its own comic furrow, filled with wit, silliness, unique concepts, flashy editing and of course, oodles of pop culture references.

These references would become one of the show’s main calling cards, covering everything from mainstream movies like One Flew Over The Cuckoo’s Nest, The Shining and The Empire Strikes Back, to horror staples like The Exorcist and The Evil Dead. Such was the show’s proficiency when it came to referencing pop culture, it even include a “homage-o-meter” on the DVD release to make sure its fans didn’t miss anything. It was a show made by film obsessives for film obsessives which proudly embraced its inherent geekiness. 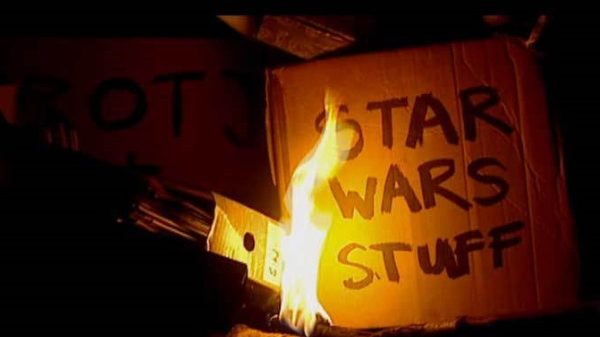 The show is not just a series of homages and spoofs, however. It’s a warm, engaging and frequently hilarious show that delivers an engrossing story based around a bunch of thoroughly likeable people. Everyone on the show plays a vital role, and you can’t help but root for each one of them.

The cast in question is a hugely talented ensemble. Simon Pegg has obviously gone from strength to strength since his days as Tim Bisley, but here he does some of his best work thanks to his incredible chemistry with Jessica Stevenson. The writing partners bounce off each other perfectly, the teased romantic tension between the pair also expertly woven in to the mix.

Surrounding the duo are Katy Carmichael’s ditzy fashionista Twist, Mark Heap’s gloriously tortured artist Brian, Julia Deakin’s iconic boozy landlady Marsha and of course, Nick Frost’s utterly wonderful weapons enthusiast Mike. Each one brings an important element to the show and gets plenty of chances to shine along the way.

Along with possessing a stellar cast of course, the show also benefits from Edgar Wright’s skilled direction. The now accomplished Hollywood director showed his early cinematic prowess on Spaced, his whip-pan transitions and frenetic editing style being put to tremendous early use. His own film obsessive credentials are also clear to see, particularly in moments such as his shot-perfect Pulp Fiction spoof and the zombie movie pastiche that played a key part in the inception of Shaun Of The Dead. 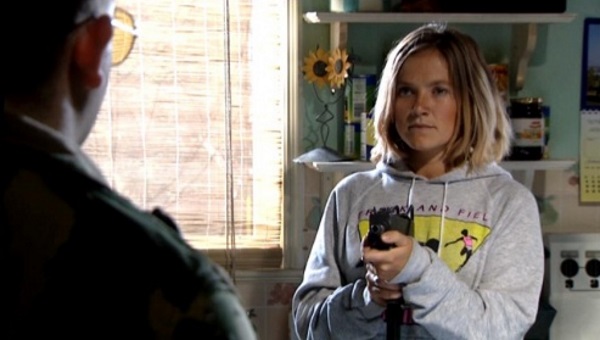 Spaced was inventive, absurd, and incredibly funny. It was also filled with so many glorious moments it’s hard to pick a favourite scene. The slow-mo shoot-out and the Fight Club/Robot Wars spoof both stand out, but for me it’s the entire clubbing sequence which really shines. A joyous, life-affirming episode about camaraderie, fun and the rejuvenating powers of a good night out with friends. It was a fitting tribute to those blurry long nights out of our early twenties, only with Michael Smiley’s unforgettable clubbing courier Tyres added in to the mix.

Next year will mark the twenty year anniversary of the show and fingers crossed this will prompt plenty more retrospectives to mark the occasion. With any luck it will be embraced by groups of twenty-somethings for many years to come yet, it’s message of friendship, hope and optimism proving just as relevant as ever.