Although there wasn’t a huge amount of new comedy on our screens over the summer, Channel 4 gave us two sitcoms that were well worth watching. 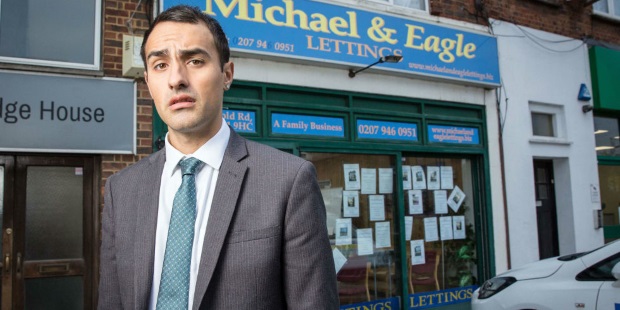 Jamie Demetriou stars in this sitcom about a hapless estate agent, which he co-wrote with Robert Popper of Friday Night Dinner and Look Around You. The titular Stath works at family business Michael & Eagle Lettings, which he is hoping to one day take over when his dad retires… but it seems unlikely this will ever happen, given that Stath is a childish, incompetent buffoon. There’s a very fine line between an irritating character who’s enjoyable to watch and an irritating character who’s just plain irritating to watch, but Demetriou manages to succeed in the former by giving Stath vulnerabilities that make it impossible to hate him, as well as genuine affection for his nice but dim sister Sophie (played by Jamie’s real-life sister Natasia Demetriou) and timid co-worker Al. Packed with quotable lines and well-written characters, it will be a real shame if Channel 4 doesn’t commission more Stath. 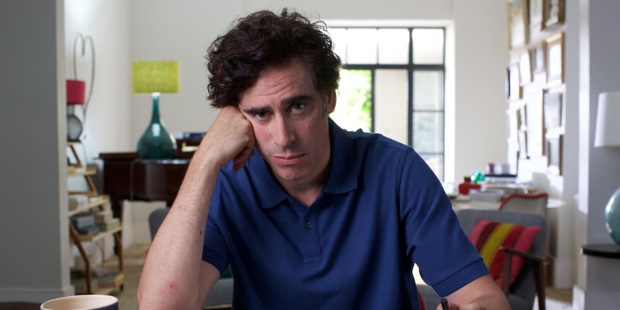 Stephen Mangan writes and stars in this fast-paced comedy about a web therapist who has just as many issues as his clients – if not even more so. The gimmick at the heart of Hang Ups is that a majority of the action plays out via Skype conversations, which the actors mostly improvised, resulting in the show having a fresh, unique feel. Mangan gives a strong central performance as floundering therapist Richard Pitt, with a wide-ranging cast of actors playing his dysfunctional family, eccentric patients and others, including an unhinged lone shark to whom he owes a great deal of money. Katherine Parkinson, Charles Dance, Celia Imrie, Richard E Grant, Jessica Hynes, David Tennant, and the list goes on… Hang Ups might have one of the most impressive comedy casts ever assembled and it’s a lot of fun to see them let loose.

Catch up with our picks for January-March and April-June.