It’s finale week on Game Of Thrones. Which means the night is dark and full of spoilers…

Well, after that last episode, down is very the much the direction in which excrement is going. We’re now one dragon down (and up again we suppose), Jon bent the knee, and Arya’s thinking about turning Sansa’s face into a fashion accessory. So far, so Game Of Thrones. Which sets us up for a pretty solid if not momentous finale.

On the bright side, it’s going to be eighty-one minutes. But after that, there are only six episodes left. HBO giveth and HBO taketh away. But to fill the unreasonably long six day gap before the finale (unless someone at HBO Spain fouls up again), we’re filling the time with rampant speculation.

And no, we’re not predicting Cleganebowl. Because, quite frankly, we’ve been burnt more than Shireen Baratheon on that front…

Bran Will Have More Visions 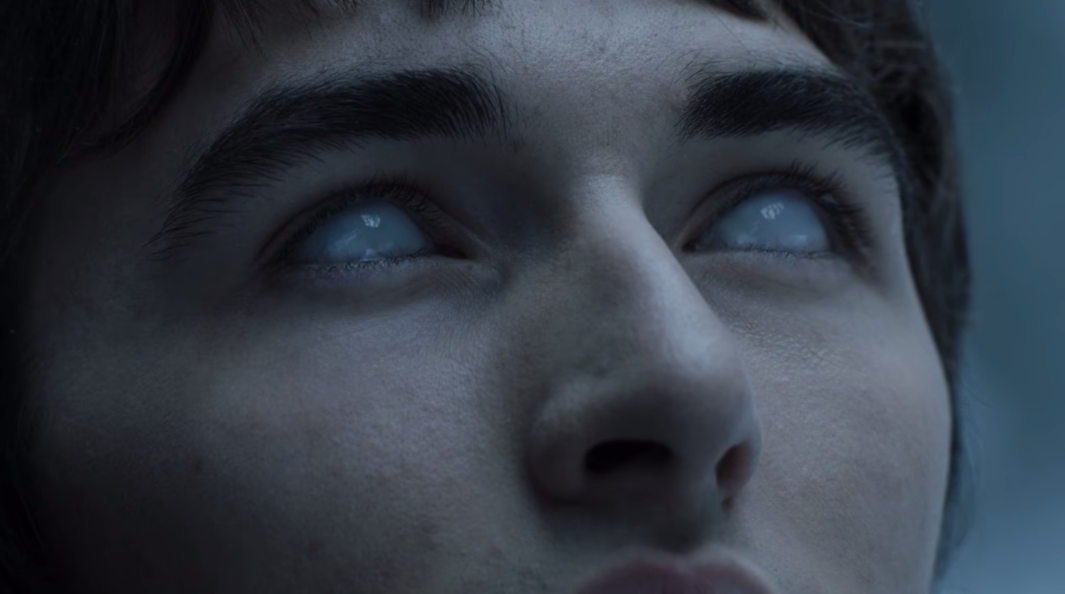 Season 7, more than any other, has been pretty Targaryen-heavy now that the main characters are meeting, and the smaller storylines are wrapping up. And one of the characters left to the side has been Bran. But hey, at least it’s a step-up from his gap year in Season 5.

The few scenes he had have been important, but other than spying on the Night King and putting the frighteners up Littlefinger, he’s mostly been just waiting for Jon to get back to Winterfell. Because even with a shorter episode count, some stuff needs to be dragged out.

For the finale, we’re banking on Bran getting some more alone time in the Godswood, bringing us some more flashbacks to set up the end of the show. We’re still not buying that theory about him being the Night King though.

Sam Will Return To Hornhill 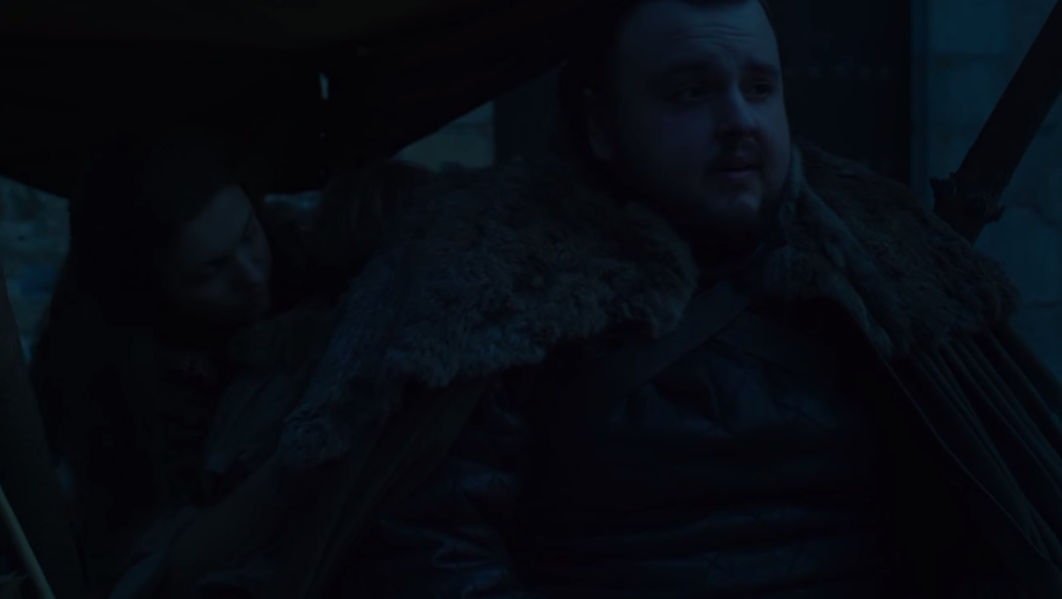 Now that Sam has left the Citadel, the question probably only we’re asking is “Where is he going next?” Being stuck cleaning toilets for Professor Slughorn means that he isn’t caught up on Seasons 6 and 7 yet, and will most likely be heading back to Castle Black. But we wouldn’t be surprised if he stops off at Hornhill on the way back.

Sam has been through some steady character development this season, but it still needs to be capped off with him learning that his father and brother are dead. And where better to learn that than back home at Hornhill?

Since Night’s Watch vows basically mean nothing at this point, could we be about to see Sam become Lord Tarly of Hornhill? Especially since Jon has bent the knee to Daenerys and the Reach is not only under her control, but needs a new Lord Paramount. 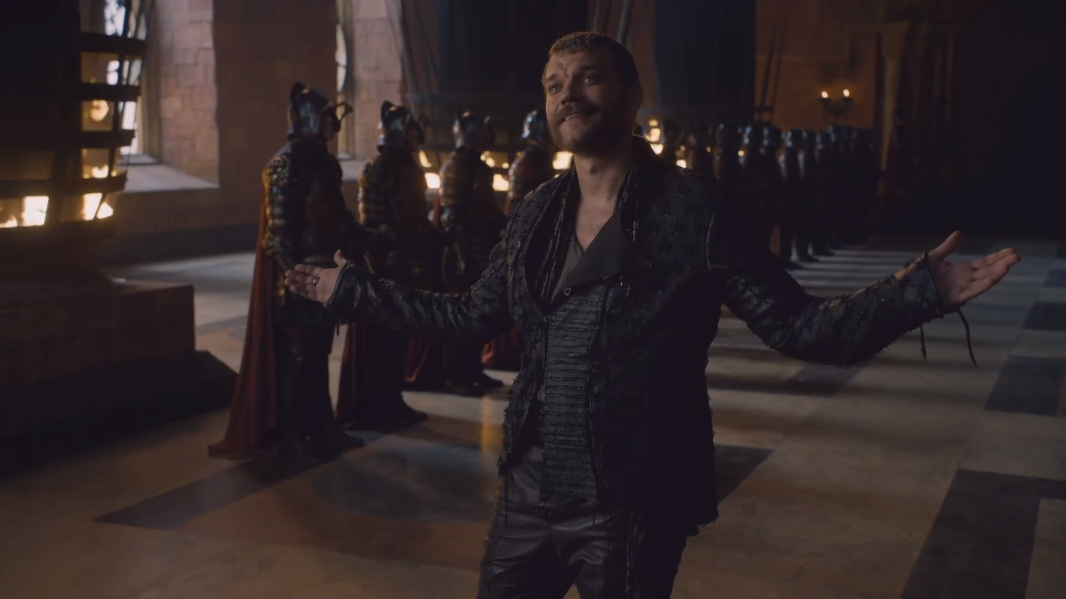 Season 7 has basically been the first half of one long finale to be continued next year. And with a lot to pack in, we haven’t seen anything of everyone’s favourite pirate king/Eurotrash DJ since Episode 3. Though as far as Yara is concerned, that’s probably a positive thing.

Episode 4 gave us the setup for Theon’s redemption arc, with him planning to rescue Yara with Daenerys’s help. But that quickly got pushed to the side in favour of Drogon and the show’s stunt coordinators setting people on fire. Which we approve of wholeheartedly.

Showrunners David Benioff and D.B. Weiss don’t have a problem with shunting characters to the side for years, but now that we’re at the endgame, that strategy just won’t fly anymore. Even if it’s just a few minutes of setup for next year, we need some Greyjoys before the season ends. 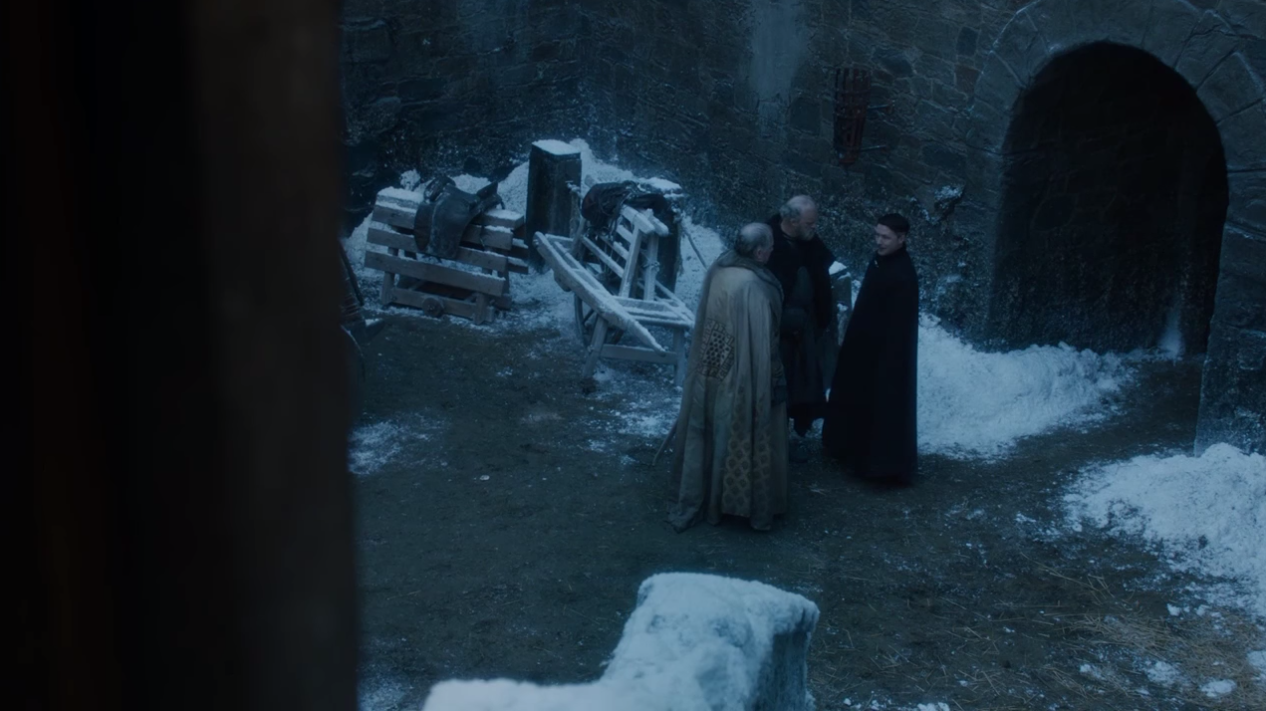 Remember the good old days when you could put down a northern revolt in ten seconds with a Direwolf? Well, not anymore. And now that Jon has bent the knee, things are going to get worse before they get better.

Things at Winterfell were already tense at the end of Season 6. But now that the North is effectively under Targaryen control, Jon should expect a frosty reception back Winterfell. And yes, that pun was entirely deliberate.

The biggest thorn in Jon’s side is sure to be Lord Royce of the Vale, who has pretty much disagreed with him nonstop since the Battle Of The Bastards. And if the other lords start to follow his lead, the future of the North doesn’t look good. Especially if Lyanna Mormont turns on him. She’s the one northern lord you don’t want to tick off. 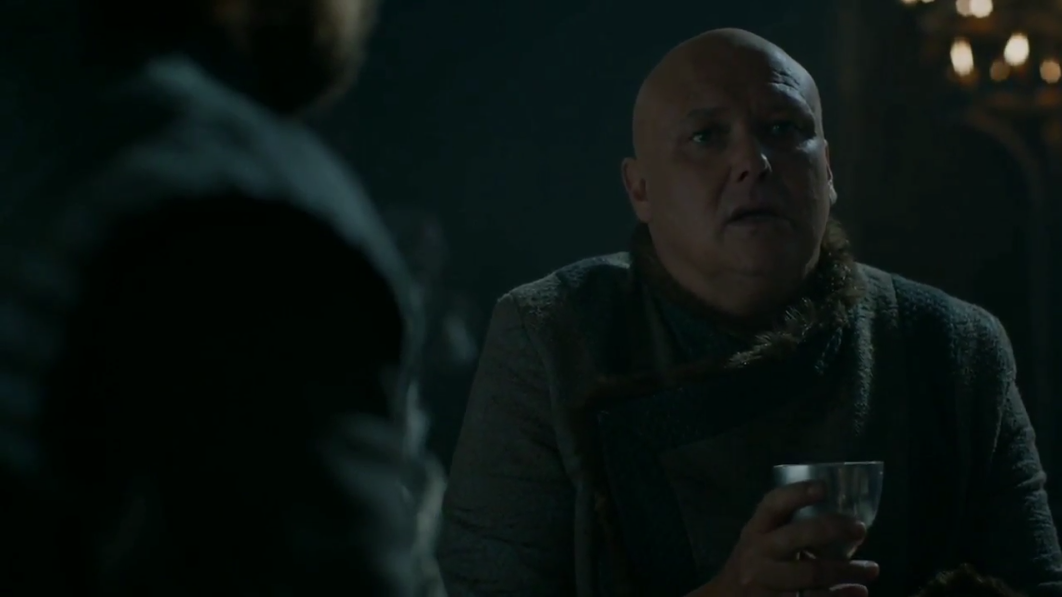 We’re wondering if there can be any exposition more blatant than someone seeing the future. Well, thanks to Melisandre, we’ve got exactly that.

We know that Varys will die in Westeros, and we’ve already had a long conversation about betrayal with Daenerys that ended with a threat to burn him alive. Tonight on a very short Sherlock-Game Of Thrones crossover…

We also know that Varys serves the realm above all else, and that his support for Daenerys is already starting to waver after the execution of Randyll and Dickon Tarly. To the point that he’s now become Tyrion’s drinking buddy (Which is the spin-off we all need really). We’re not expecting this one to be wrapped up in the finale, but we’d surprised if there wasn’t a hint at some kind of treachery being in the works. 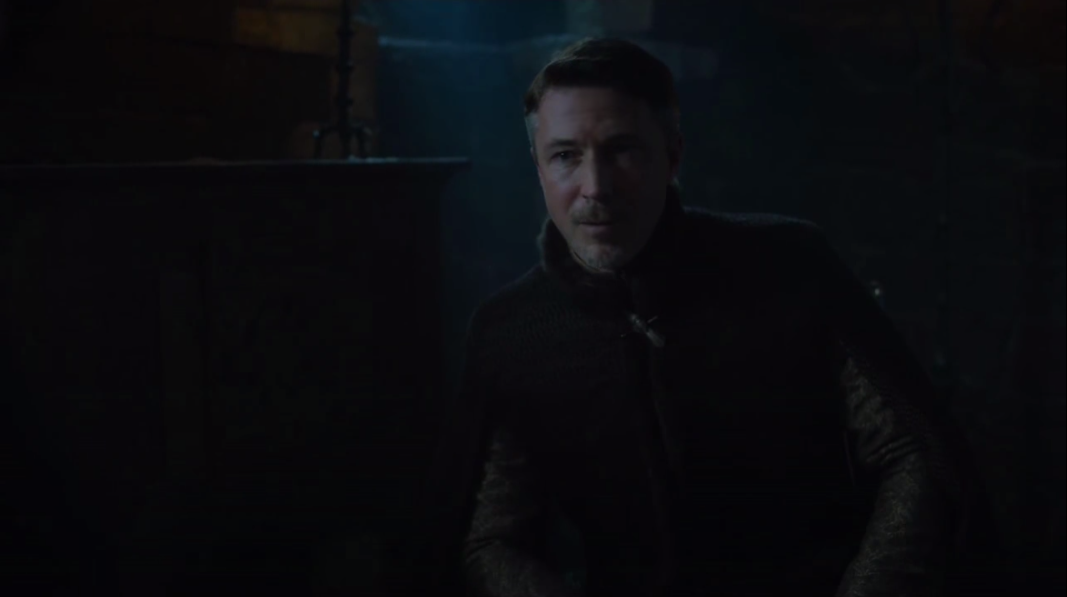 Apart from Robyn Arryn, does anyone actually like Littlefinger anymore? The guy’s such a mixer that his sigil may as well be massive spoon. Basically, the slimy git has to go at some point. That or end up on the Iron Throne.

The biggest thing though is that he’s running out of road. Without being able to manipulate Sansa directly, he’s resorted to sowing discord among the Starks and their allies. But even that can’t work in the long term since Arya would happily put a sword through him, and Bran is already having visions of his past. Putting that knife to Ned Stark’s throat doesn’t seem so smart now, does it, my lord?

Who passes the sentence swings the sword. And we’d happily put a hundred Gold Dragons on his neck being next on the block. 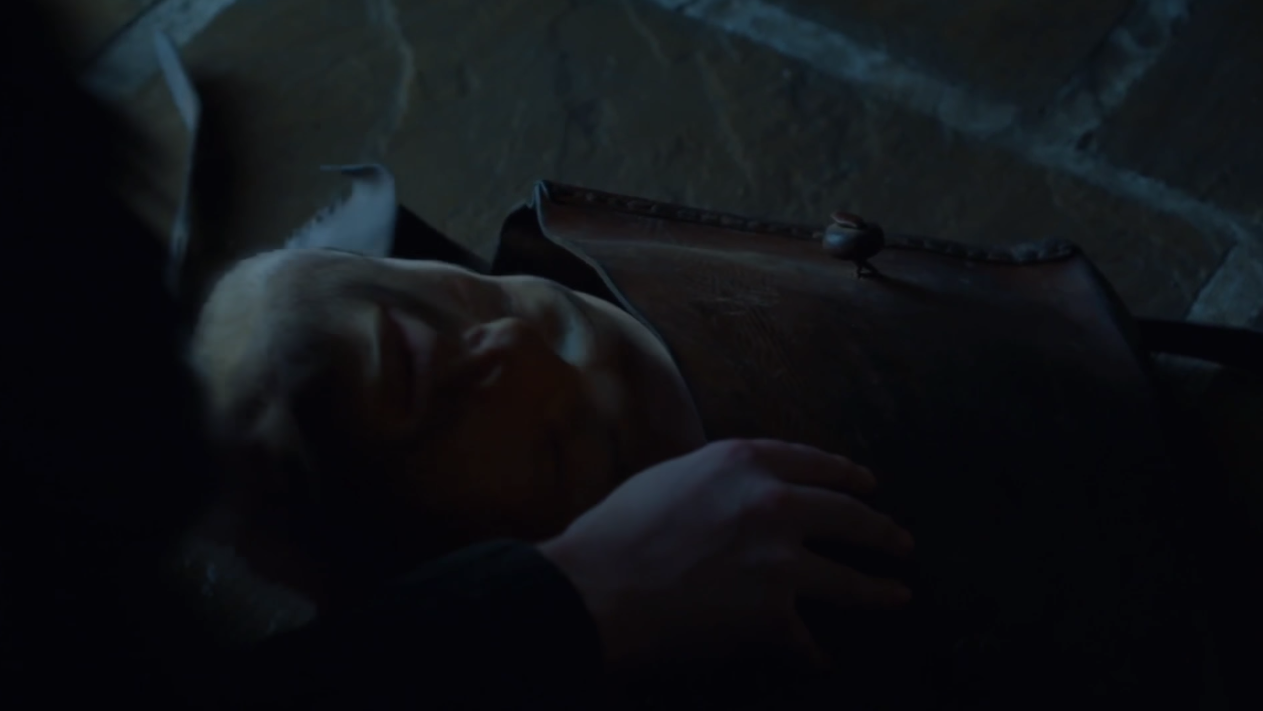 Running on from our predicting his death, we’re betting a little bit extra on Aiden Gillan still sticking around after Littlefinger dies.

There have been two explicit set-ups of the faces this season. First that Arya knows how to create new ones, and second that incredibly creepy moment where Sansa finds the faces, and Arya talks about cutting off hers. We’re still hoping she chooses Littlefinger instead though.

Arya has, to put it lightly, completely gone off the deep end at this point. Since she’s already been musing about killing her own sister, Littlefinger is completely fair game. As well as setting up her up for a final arc, Arya starting to cut off Littlefinger’s face would be a pretty solid shot to end the season for her. No One would be proud. We think.

An Alliance Will Be Made 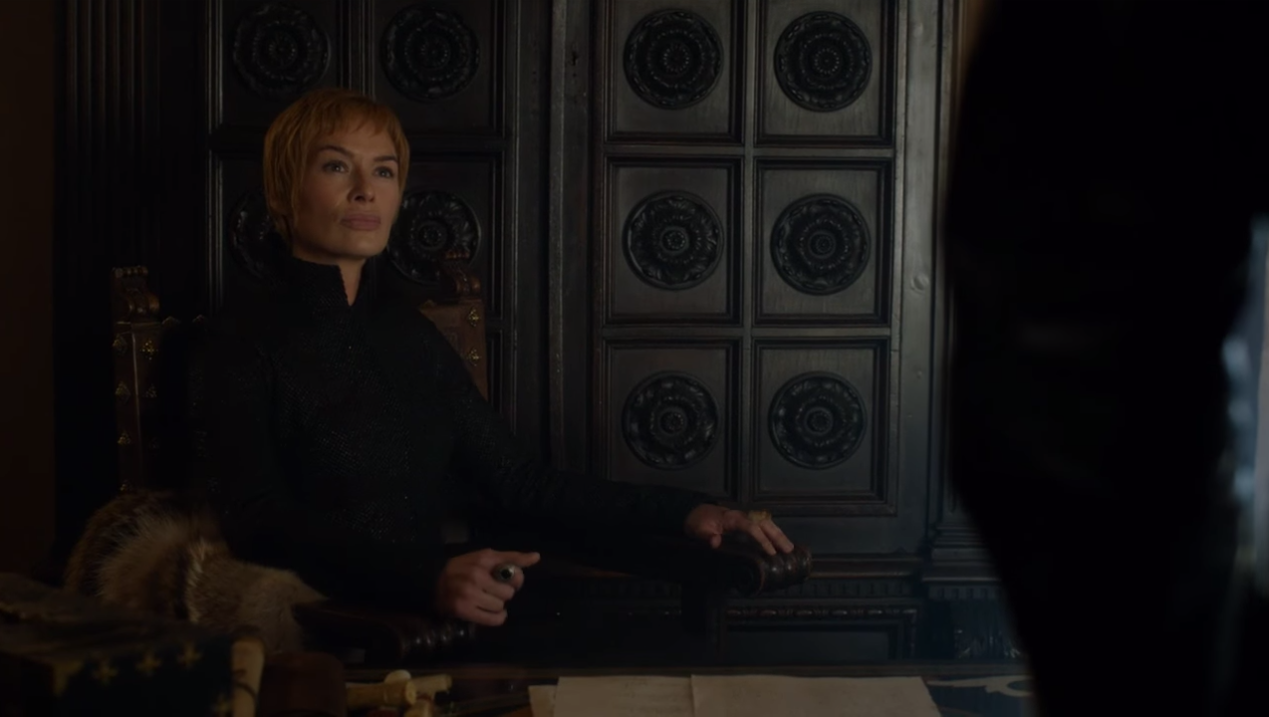 Now that Jon and Daenerys have made the most one-sided swap in history and captured a Wight while losing a Red Priest and Dragon, all paths are converging on King’s Landing. And it’s becoming pretty clear that an alliance will be made.

This season has been pretty light on King’s Landing storylines, with the majority of Cersei’s scenes being set-ups and wrap-ups rather than active plotlines. But with the finale, things look to be moving forward properly.

We already know that Cersei plans to establish a truce with Daenerys as a smarter of way of fighting her, and the proof of White Walkers will probably only cement that decision. But let’s not forget that Cersei is, to use the scientific term, a two-faced b***h. Any truce will probably be as dead as Viserion a few episodes into Season 8. For now though, it’s needed.

Jon Will Learn The Truth 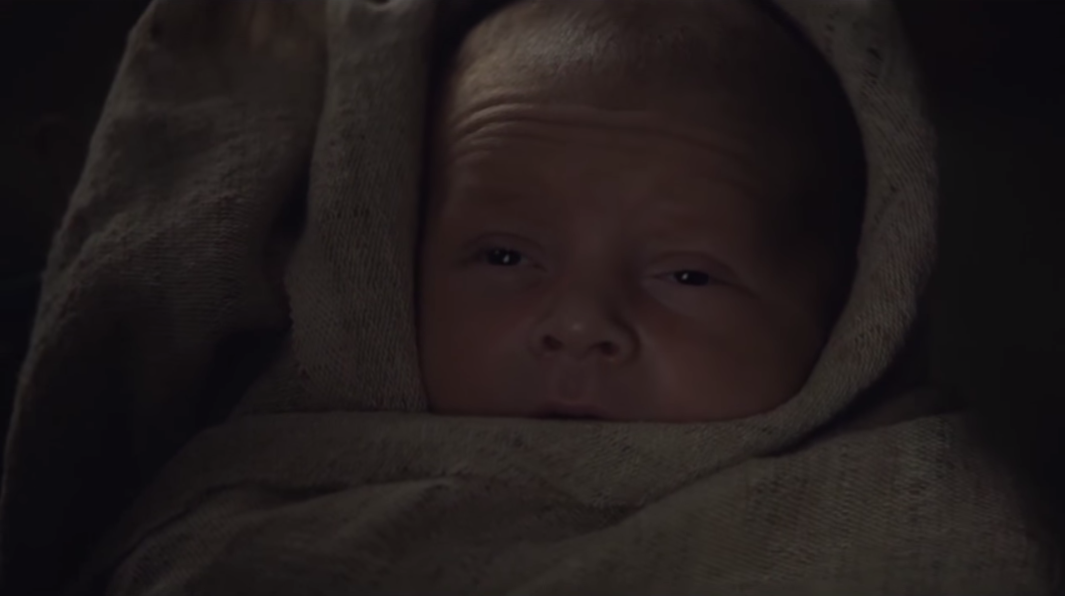 The show has been teasing Jon’s parentage from the very start, and with Bran back at Winterfell, all the pieces are now in place. Especially with the revelation that Rhaegar Targaryen and Lyanna Stark were married. Making Jon the true heir to the Iron Throne.

With only seven episodes left (which is probably causing more sobbing at HBO’s head office than the Red Wedding), this has to come out sooner rather than later. We don’t have time for elaborate teasing anymore.

And with an eighty-one minute finale, there should be more than enough time to get Jon to King’s Landing and then Winterfell to learn the truth. Then again, this show basically feeds off the frustration and tears of fans so who knows.

The Wall Will Melt 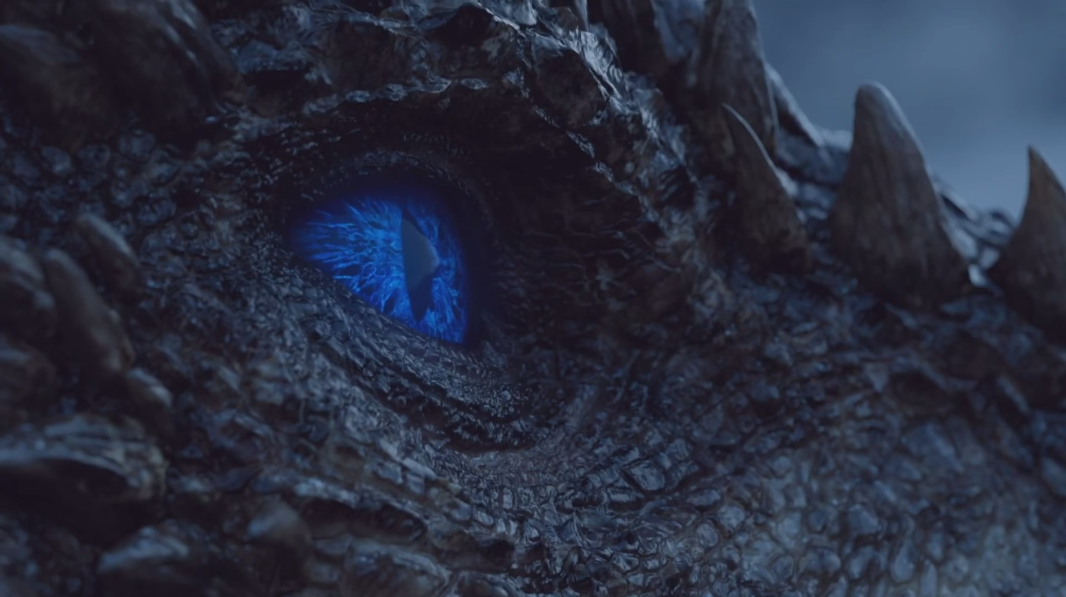 Greatjon Umber once said that the Wall would melt before an Umber marched behind a Glover. And we’re betting on him being right about that. Because no matter how strong the Wall is, it’s still made of ice. And thanks to some handy stupidity and Olympic-level javelin ability, the White Walkers can now deal with that.

The Wall as the last line of defence against has been played up for years now, and giving the White Walkers a dragon just seems too big a development to be a red herring. Plus, we’re going to need one hell of a scene to end the season on.

The Night King now has a massive undead flamethrower on his hands. If he doesn’t use it to melt the Wall at some point, he’s just as thick as the good guys.

What are your predictions for the Season 7 finale? Let us know in the comments below…