Catherine Tate is behind bars for the streamer – and on cinema screens in The Nan Movie this week too.

In July last year, we reported on the filming of Catherine Tate’s new series Hard Cell.

The show, her first for Netflix, sees the comic playing multiple characters at a women’s prison; a mockumentary, it will follow the staff and inmates of HMP Woldsley as they rehearse for a musical.

Now, thanks to Neflix, we’ve a look at some of the characters created for the show;

Her six new characters are… 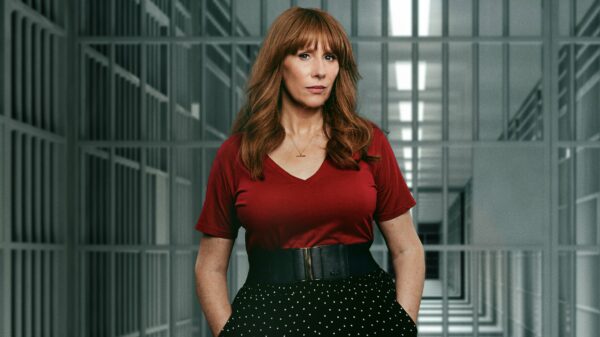 Laura, HMP Woldsley’s governor who’s described as “a bleeding heart liberal in kitten heels”, Ros, a popular and bouncy inmate and Anne Marie, Ros’ mother and a mean ex-con who visits her when she’s run out of money. 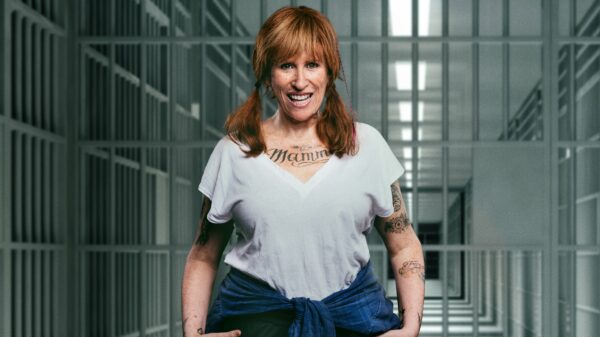 Additionally, there’s Ange, an innocent and timid first-timer and Big Viv, a terrifying inmate who is feared by everyone but develops a passion for theatre. 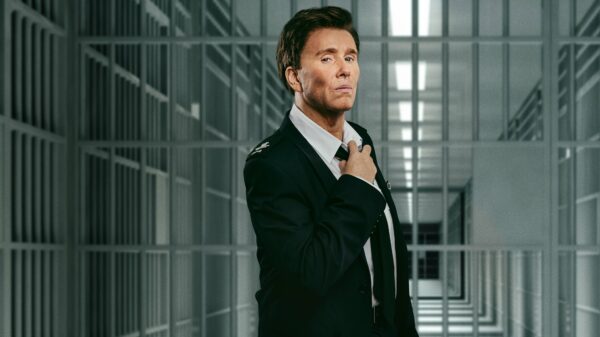 Finally, there’s Marco, a guard from Essex who’s more committed to his appearance than his job.

Hard Cell launches on Netflix on the 12th of April.

Inevitably, while on the promotional rounds for Hard Cell, Catherine Tate has been quizzed about her possible involvement in next year’s Doctor Who 60th Anniversary. Tate memorably played Tenth Doctor companion Donna Noble for a couple of specials and the 2008 series. 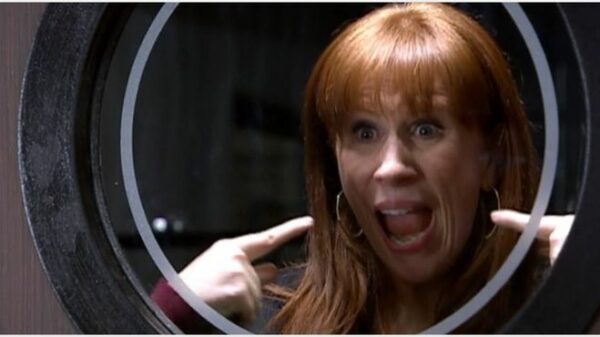 Questioned on The One Show this week she responded teasing “What can I tell you?”, before going on to quash a suggested rumour saying that she wished it was true but “Well, no one’s been in touch.”

However, she did then jokingly throw the ball into Russell T Davies’ court adding:

Hard Cell is not the only Catherine Tate project due for launch. Following the classic British tradition of promoting a comedy character onto the big screen, The Nan Movie lands this week.

The story sees Tate’s irascible, incorrigible, foul-mouthed Joanie Taylor, from The Catherine Tate Show, embark on an eventful road trip with her grandson (Matthew Horne) to see an ailing relative in Ireland.

The Nan Movie comes to UK cinemas this Friday, the 18th of March.