The adaptation comes to BBC Two this month.

We’ve been following news of Life After Life since news broke that the BBC had commissioned the show back in December 2020. The show is an adaptation of author Kate Atkinson’s Costa Award winning novel.

Here’s the synopsis for Life After Life:

McKenzie plays Ursula Todd, who is born to Sylvie and Hugh (Sian Clifford and James McArdle) one night in 1910, but dies before she draws her first breath. On that same night in 1910, Ursula is reborn and survives. Time and time again, living and dying in different circumstances, Ursula is reborn into a new, alternative iteration of life once more.

This compelling story follows Ursula as she navigates each new life, through a critical era which spans two world wars, an encounter with Hitler and major life events. But what is it that Ursula so desperately needs to stay alive for?

Can a perfect life ever be lived? Can the course of history ever be changed? Can Ursula save the world?

Life After Life has been brought to the screen by writer Bash Doran and director John Crowley, both of whom executive produce along with Kate Atkinson, Tessa Ross & Juliette Howell for House Productions and Lucy Richer & Ayela Butt for the BBC.

Ahead of the show’s premiere, some of the principal cast and creatives have spoken about working on the show.

“It’s hard to explain, but Life After Life is basically centred around reincarnation. We follow a young girl called Ursula from the moment she’s born up until the moment she dies. She goes through life multiple times and we see how each of her lives changes depending on specific events or moments in her life, and the decisions she makes based off her instincts.” 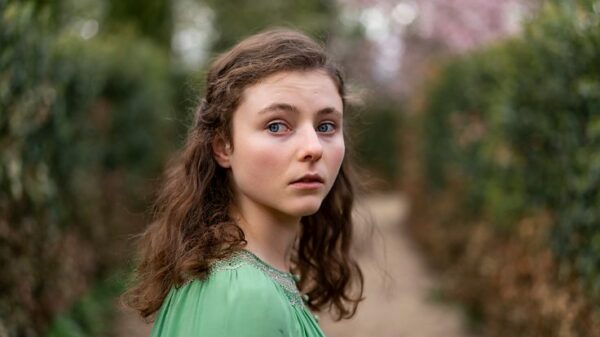 She also considers the question of whether her character is a modern woman:

“I find it very difficult to articulate in a nutshell, because it’s so rich and complex and thrilling. One night in 1910, on a winter’s night, Ursula Todd is born. She’s my daughter, and she dies. But on that same night she is born again, and she lives. I think we get to see her live something like 20 lives in our version of events.” 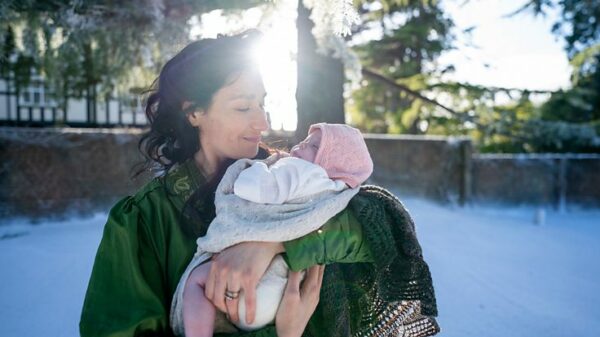 And praises the actresses who take on the role of Ursula at different ages, beginning with Thomasin McKenzie:

“She’s an extraordinary actress, I don’t know how to talk about her without crying. We have four Ursulas: a baby Ursula, the wonderful Eliza Reilly who plays Ursula aged five; we then have Isla Johnston, who plays Ursula aged eight, and then Thomasin from aged 16 upwards. It blows my mind how those girls and those women have just captured the spirit of the same person.”

Clifford also considers what sets Life After Life apart from other period dramas:

“I love period drama but this feels very contemporary to me. The concept of a multi-universe, of reincarnation, of an infinite number of lives. Even the way we’re filming feels very contemporary; a lot of it is on a handheld camera and the bits I have seen of it on the monitors has a dynamic energy which I think is rare in a period drama. It feels very youthful and exuberant. I think it asks very philosophical questions.”

Hugh Todd, Ursula’s father, is played by James McArdle. He talks about his character’s relationship with his daughter:

“He falls in love with her the moment he sees her, and calls her his little bear. I know you’re not meant to have favourites with your children but he has a real soft spot for her, as she’s a bit odd and she seems to have an inkling that she is repeating these lives again and again. He doesn’t judge her or think it’s weird. In fact I think it gives them a special bond.” 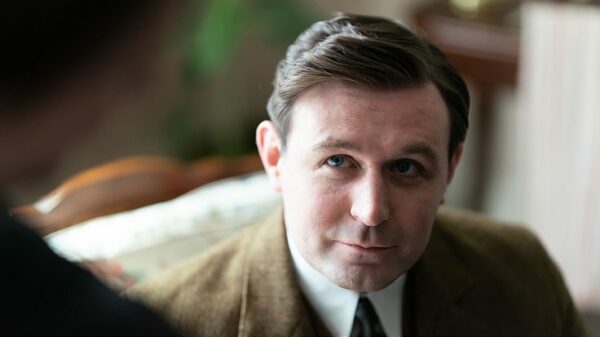 He talks about a favourite moment on what he describes as “… one of my favourite jobs I’ve ever done“:

“My character’s 60th birthday was during World War Two, so they gave me this cake. The cake was actually a rationed cake so it was pretty bleak. John [Crowley] made a big fuss about how they rationed the cakes at that time. But then during a take, they surprised me and bought out an M&S Colin The Caterpillar cake! So even in these stressful situations, people are still playing pranks.”

Writer and executive producer Bash Doran (Traitors) talks about the supposedly “unadaptable novel” she has adapted for television:

“There were two things that I really found myself intrigued by, to the point that I couldn’t say no. The first was very personal – I had been told it was unadaptable by other people and that got me intrigued. I really love a structural puzzle. Also, I loved the book, and I couldn’t put it down, and I just thought, that if you can’t put this story down, this is a story that everybody’s going to want to watch.”

She also talks positively about working with author Kate Atkinson:

“Kate and I interacted in as much as we got along well. She was very complimentary and supportive about the first drafts, but I didn’t reach out to her as I continued with my work. It was an incredibly complex adaptation, which she fully acknowledged. It was an incredibly complex novel to write, you’re holding an enormous amount, you’re not just holding one life in your head, you know, you’re holding essentially hundreds, if you include the other characters. I didn’t think it was wise to try to loop too many people in to that process. What we did do was ask for feedback on each draft after they were written. And she was, I would imagine, a little bit restrained, because her notes were few, and incredibly helpful. All of them were taken.“

Director John Crowley (Brooklyn, True Detective) tells us what drew him to Life After Life:

“There were two things in it which appealed to me as there are two aspects to the storytelling. One is to try to get close enough to Ursula to see through a child’s eyes or a child’s point of view of the world. And then to have it unfold in the present tense. The period dramas I get drawn to are the ones where you don’t feel that the past is a safe secure place, and it’s beautifully framed and frozen inside that frame.”

He also considers what audiences can expect from the show:

“I hope they find something immediately accessible that is a fresh, emotional version of what it feels like to be alive. You don’t have to feel like you’ve lived multiple lives to access it. It’s a rather playful and witty way of expressing something that we all feel, one being the feeling of déjà vu, and the other, the feeling of the other lives that might have been lived… that you could have lived.”

Life After Life begins on BBC Two and BBC iPlayer on Tuesday, 19 April at 9.00 pm. The story plays out across four 60-minute episodes.