Based on Dan Brown’s 2009 bestseller, the show stars Ashley Zukerman and Eddie Izzard.

According to a Deadline exclusive, Dan Brown’s The Lost Symbol will not be returning for second season with Peacock. The streaming network confirmed the news saying:

“We were so proud to bring this action-packed mystery thriller to our members and enjoyed watching this compelling series unfold with a satisfying, complete story. We’re grateful to Dan Dworkin, Jay Beattie, Dan Brown, Brian Grazer and Ron Howard along with CBS Studios, Imagine Television and UTV for bringing this international bestselling novel to life.”

With The Da Vinci Code, Angels and Demons and Inferno all made for the big screen, that leaves (currently) just one Robert Langdon novel, Origin, unadapted.

Sky have announced that they have the television adaptation of Dan Brown’s The Lost Symbol; the ten-part series is a prequel to the trio of Tom Hanks starring, Ron Howard directed ‘Robert Langdon’ movies.

Set years before The Da Vinci Code, the story follows the young Harvard symbologist Robert Langdon. When his mentor goes missing, he must solve a number of deadly puzzles and thwart a chilling global conspiracy. 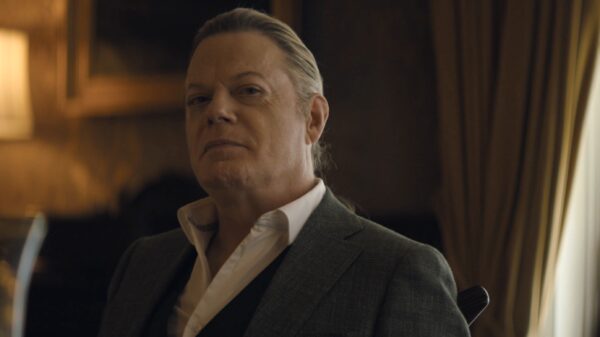 Originally considered as a follow-up movie to The Da Vinci Code and Angels & Demons, the story was shelved in favour of another Brown novel Inferno. However, it was picked up again in 2019 and retooled for television under the original title of Langdon.

Here’s the trailer from Sky:

There’s a longer one from US streamer Peacock too:

Dan Brown’s The Lost Symbol is coming to Sky Max and Now TV on November 18th. Will you be watching?