Chiwetel Ejiofor stars in Showtime’s take on The Man Who Fell to To Earth which is coming in April.

We’ve been following the upcoming series The Man Who Fell to Earth for a while. Not just for its impressive cast, which includes Chiwetel Ejiofor, Naomie Harris and Bill Nighy, but for its fascinating premise; the story appears to pick up years after the 1976 movie, with Nighy cast as Thomas Newton – the role made famous by David Bowie.

The show’s been described as a “provocative drama” and will tackle environmental themes as the visitor seeks to save two worlds. 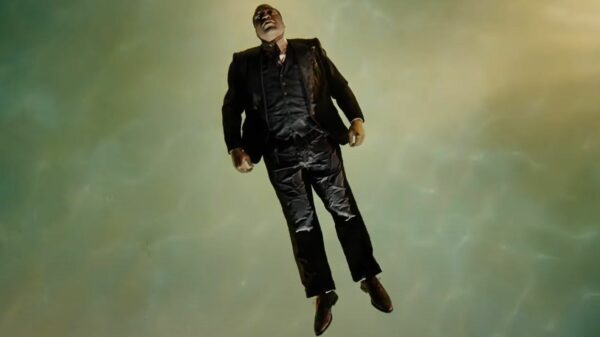 Over the weekend, at the South by Southwest (SXSW) Festival, Showtime treated attendees to a five-minute preview from the series opener. It’s now online and showcases the series style, as well as some fantastic imagery.

“I came here because my choice was simple: live or die.”

In the clip, which doesn’t show any of the other main cast, Ejiofor’s Faraday begins a talk which holds his audience entranced. Given a rapturous welcome, he’s presented as some sort of tech guru and speaks with a passionate conviction:

As he talks, we see his arrival on Earth and adaptation from alien to human form. It’s a traumatic transformation, which Faraday frames in a biblical context of rebirth. It also shows of some of the intensity that we expect from Ejiofor, as the character describes himself as an immigrant and a refugee.

The Man Who Fell To Earth is set to land on the Sunday, 24th of April. It airs on Showtime in the US, but we’re still not sure where it might appear in the UK.