Season 2 is out now on DVD, along with a complete Season 1-2 box set.

To celebrate the release, CultBox caught up with actress Christine Bottomley for a chat…

What was it that first attracted you to In the Club?

“Well, anything that Kay Mellor writes first and foremost. I have been a fan of her work for years since Band of Gold days and then I think as well, predominantly, because it was such a female-driven show, which is still unfortunately quite a rarity. That really appealed to me.

“And I’ve never played anybody that has worked in the medical profession, so that was a real draw as well. I’m normally not the person that’s really in control of the scenario, which sometimes I wish I can be so that would be quite tasty for me to try. I was there and I was happy!”

How did you want to approach playing Vicky?

“I wanted her to be good at her job and seen in a professional light, and then, obviously, what was interesting was playing her as somebody who was also becoming a mum herself and a new mum and how she felt about that when her midwife hat was off.”

Do you have any influence over Vicky’s storylines?

“No, Kay writes it and she writes absolute gold so we’ll leave that to her – she’s the boss! She knows what she’s doing and is brilliant at it.”

Vicky had quite an emotional time of it in Season 2. How did you prepare for her storyline?

“Well, just in the same way that I would do with roles, just sort of take into account any given circumstance, what’s going on in her world, how she’s feeling at that given moment and generally because the writing is there and it is really, really good that you just let it happen a bit really if you’ve done your prep work and then when it goes to ‘action’ you just see what comes about with it.” 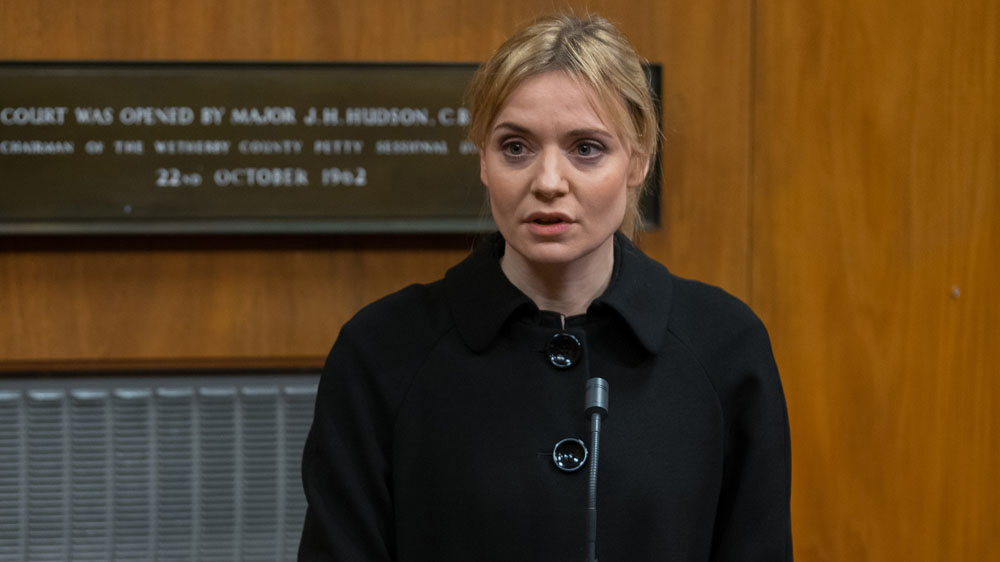 Do you think In the Club shows a realistic expectation of life during pregnancy?

“Well, it’s a drama – it’s a BBC drama and I think that you get quite a lot of different stories within there and obviously everybody’s story within pregnancy is very, very different.

“I think it shows quite a great deal about the anxieties potentially of becoming a new mum, the excitement and I think it’s one of those jobs that – probably the hardest job in the world isn’t it, being a parent? You don’t really know how it’s going to be until this new life is there, so I think that the series does touch on that.”

Will there be a third season?

“We don’t know yet.  It hasn’t been officially recommissioned but I know that Kay has ideas of where it would be at with the third series but in the same light as well, I think she’s doing quite a lot of projects at the moment and I think if there would be a third series – I mean I don’t know, I can’t really second guess Kay – but I think that she would probably be interested in working with babies that are a little bit older, so I think it would be a little bit down along the way really.

“It can be quite tricky working with so many 10-month olds, they’re gorgeous but you never know quite what they’re going to do!”

Would you like to be a part of a potential third season?

“Oh yes. I mean, for me I’m very proud to be part of this project and work alongside Hermione and Jill, so we’re quite a tight unit of women really I think we’d all be very interested in bringing them back and seeing what happens with these women.” 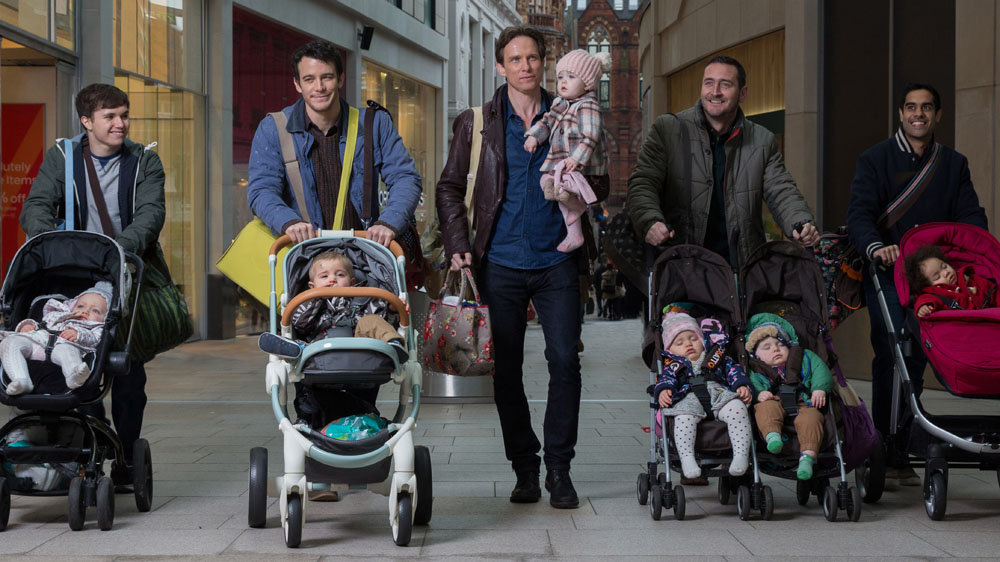 “It would be nice if Vicky found a bit of new love or something that would be nice. Somebody to wine her and dine her a bit, I think she deserves that! Or maybe a win at the lottery? Maybe we could combine The Syndicate and In The Club? And then possibly shoot in the Bahamas or something – that’d be great!”

How has the experience compared to other series you’ve worked on?

“Well, it was brilliant. We are a very tight group up there and we all look out for each other and we’re very conscious this time that we had new people joining the group and it was really important to us that they felt part of the group.

“I would hope and I really do think they’d say that they did and that was important to us. It is a happy shoot though genuinely and you don’t feel at any time that you can’t ask any questions if there’s anything you’re unsure of – it’s a very happy shoot.”

What has the fan reception been like for the show?

“I think people, because they’re very human stories, people get behind it. It’s about love, new life; it’s something that in every way in life some people are touched by. So, people take a real interest in and it’s extraordinary for that really.

“I haven’t personally got any kids myself and never been massively broody but working on the show with children you just realise what it comes to mean to people. It’s such a big deal and it really brings people together but then at the same time being a new parent can make people feel really isolated and that’s why Kay’s so brilliant – she finds the drama in that because it’s such a big deal and I think that people do respond to that in a positive way.” 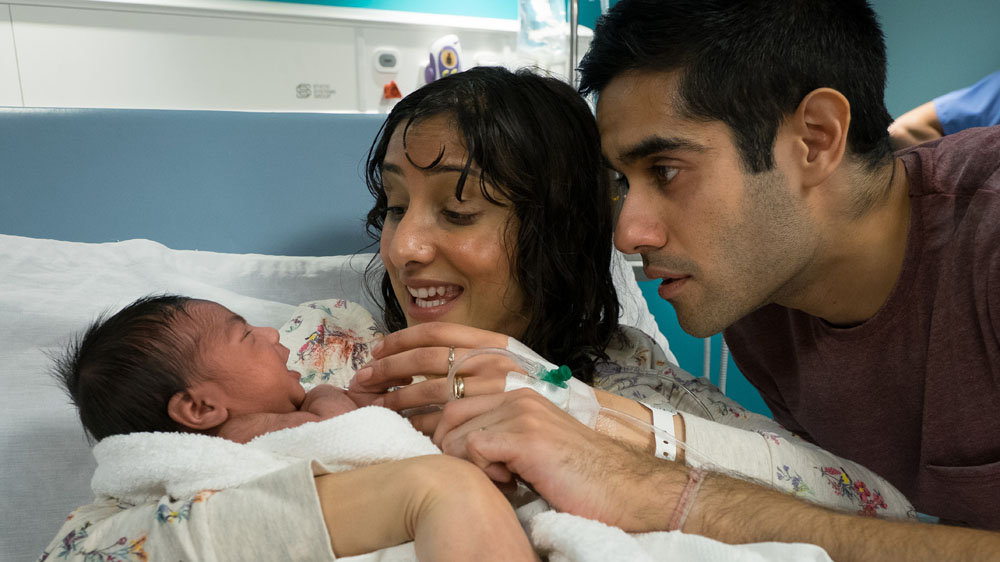 Do people recognise you from the show?

“Yeah, sometimes! I might get followed by a security guard because they think that I’m somebody that’s been in their store before and nicked something and I’m like ‘oh no, I’m not actually!’

“I do get – somebody on the tube the other day was saying that she’d watched the show and she was pregnant and then I was at the theatre the other night – the New Finsbury Park theatre obviously in North London – and a woman who’s a midwife came up to me and she said that she’d enjoyed watching the show – that means a lot because obviously it’s her profession so I was very touched to hear that.”

What’s next for you?

“I have a couple of things lined up that I’m not really allowed to talk about but I have just finished a couple of really lovely, meaty radio plays that I can say that will be out on Radio 4 soon. Not the whole thing of what I’m up to but touchwood things are going all right!”

In 2008 you appeared in Torchwood. Would you want to play a role in Doctor Who?

“Yes I was with Burn Gorman – he’s a mucker of mine – yes I was. I’d love to be part of Doctor Who, yeah – Hermione [Norris] went and did one recently, didn’t she?

“She was saying that her kids were like ‘you can’t pass on that’ because it’s such a cult show, isn’t it? I had a little bit on Cucumber because if Russell T Davies’ name’s attached to anything then I’m there!”

If you could play any part from books, film, TV or stage who would it be?

“I’d love to play Hedda Gabler and I’d love…oh there’s loads of different roles out there. So many but it’s exciting isn’t it because life is long and hopefully I’ll get there.” 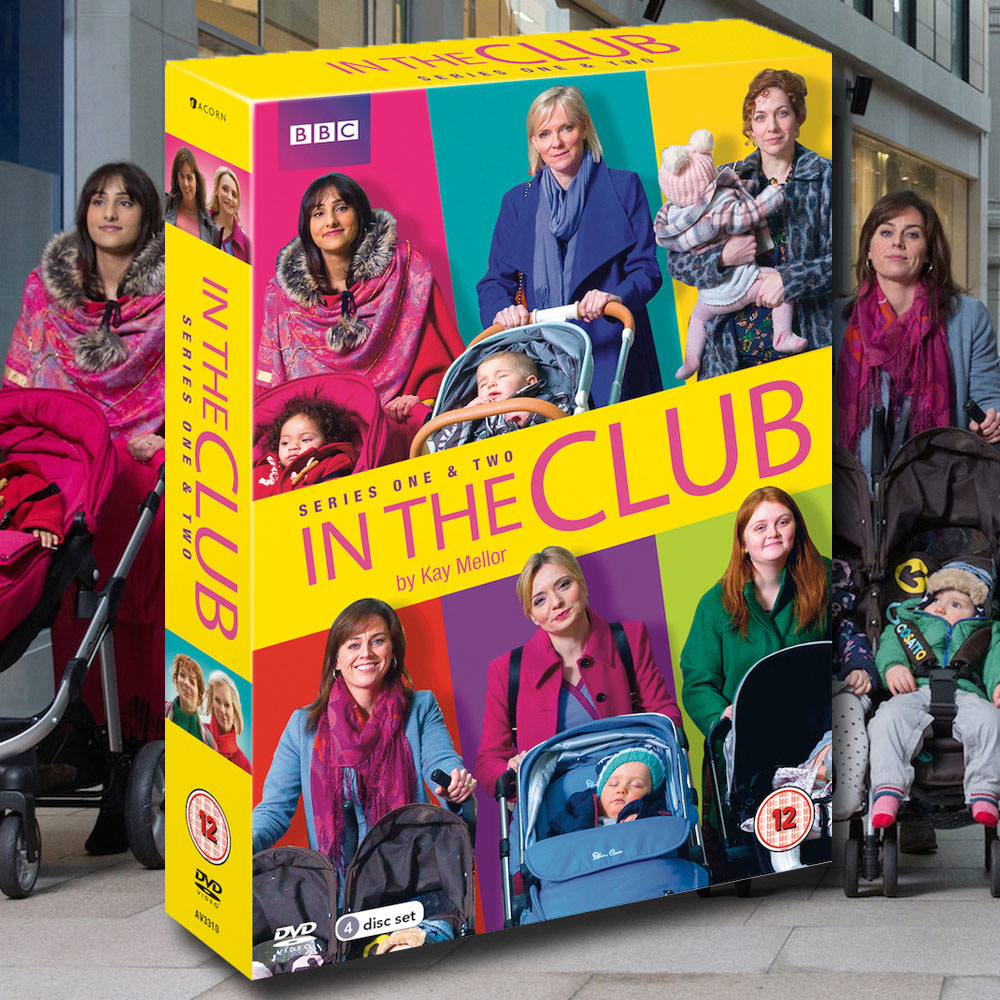