Christopher Eccleston feels he helped reinvent Doctor Who by being the first actor to give the ninth Doctor a northern accent. Eccleston thinks there was “an equation there between intelligence and the upper classes.”

That changed when the Doctor, a character known for solving problems and fighting evil though itelligence and not brute strength, stopped peaking with a “posh” RP (Received Pronunciation) accent.

Speaking to the Edmonton Journal, Eccleston spoke of the class distinctions which often inform his view of the world.

“If you’re a kid form a working class background and [the Doctor’s] talking like that, and he’s authoritarian and (puts on posh accent) ‘You know, he knows better than you,’ it can make you think certain things. And I would never take the credit for the reinvention of the series, but I changed that.

The reinvention sits squarely with Russell T Davies, who I don’t like, who I don’t get along with, but I admire his writing and his vision hugely. He feminized Doctor Who. We’ve had #metoo and a growth in feminist thinking since then, but he did it in 2004.”

Eccleston further spoke of Davies’ feminist tendencies in his recent autobiography, I Love the Bones of You.

“Russell’s great legacy would be the feminisation of the show. As a progressive man, he made Rose an equal, not a sidekick. It is she who, on several occasions, saves the Doctor, rather than the other way round.” 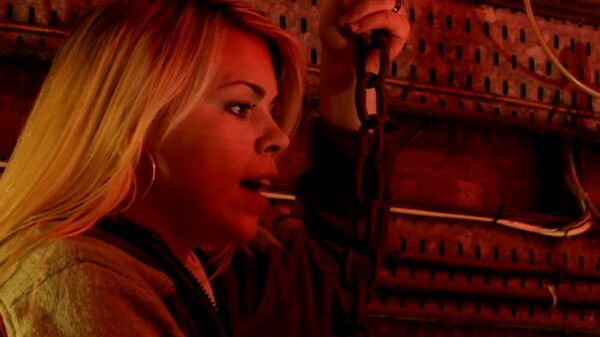 “Watching our characters now reinforces what I concluded at the time: Russell enjoys writing more for women than he does for men. If so, I’m glad – there’s been a lot of writing for men. Rose arrives on screen fully formed, one of the strongest female characters of any show of any year, painting a solid line leading directly to Jodie Whittaker.” 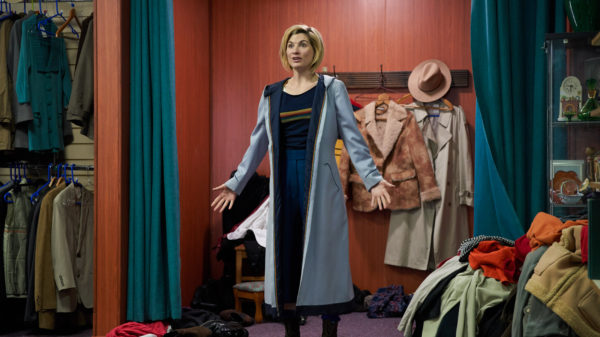 Christopher Eccleston even went as far as to say that he based his leather jacket clad ninth Doctor partly on Russell T Davies.

“‘The Doctor appears in a leather jacket,’ stated the script for episode one. No more information than that. ‘OK,’ I thought, ‘so he’s modern.’ But that was all that single scrap of information gave me.

I could have looked at any of the old series for a character. It was either a mistake or a virtue, but I didn’t. Instead I decided I’d play Russell. Right in front of me was a man who wore a leather jacket and whose brain was genius level, a tinder box of ideas. Russell had energy, he had humour. And there was no one who wanted to be the Doctor more than he did. I took the fizzing of thought in Russell’s head and gave it to the Doctor.” 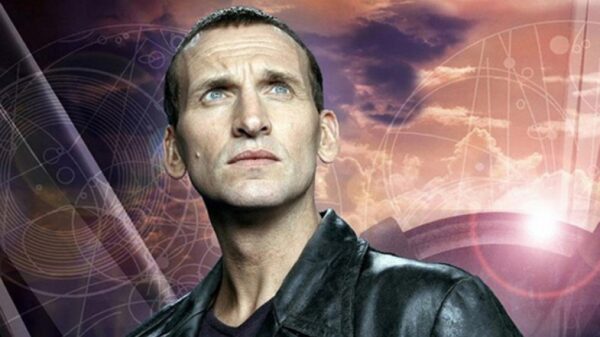 Christopher Eccleston has explained some of the his difficulties on the set of Doctor Who recently in interviews he’s granted as part of the publicity for his autobiography but has an overall positive attitude about his experience.

“Doctor Who has left its mark on me. People from both inside and outside the industry still say, ‘I don’t know why you did it in the first place. It just didn’t seem to fit.’ That reaction comes from my departure, which was enormously negative for me. Yes, I have felt bitter, and yes, I have felt betrayed, but I know also that Doctor Who was the best thing that, professionally, ever happened to me, not so much a learning curve as a plunge down a well and a long climb towards the sunshine I see now. These days, I feel nothing but positive about the show…”