According to Aisling Bea in an interview in Radio Times magazine, It took showrunner Chris Chibnall just over two weeks to write the Doctor Who New Year’s special Eve of the Daleks.

“Holy moly, that man’s a machine,” Bea marvelled about the inspired speed of Chris Chibnall’s writing in the RT interview.

The actress explained to the magazine that the themes of of loneliness and the need to make connections which she wrote for her portrayal of Aine in This Way Up were part of Chibnall’s inspiration to write the Doctor Who romantic comedy which will air on New Year’s Day. 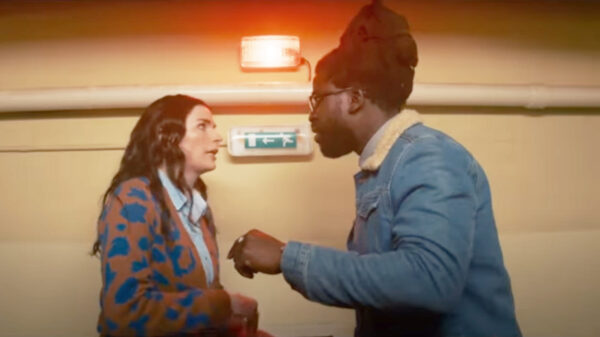 The Eve of the Daleks filming involved “running from Daleks with things flying over our heads,” the actress explained of the armoury guards in the crew shooting things at the actors. 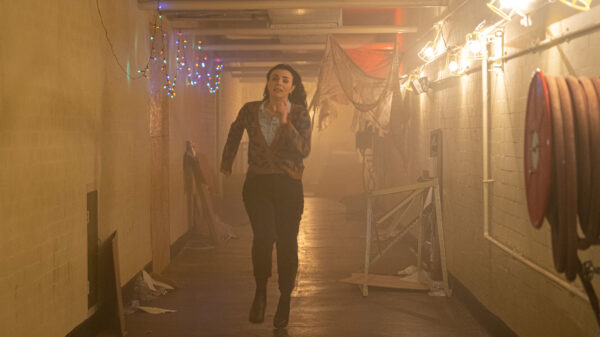 It wasn’t all fright, however. There were apparently plenty of laughs with Dalek operators Barnaby Edwards, Nicholas Pegg and Jon Davey occasionally losing control and bumping into walls.

“It was like watching a toddler learn to walk. We almost lost our minds laughing.” 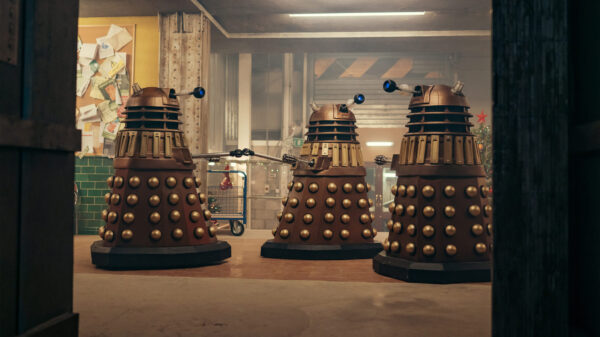 The actress told RT that Doctor Who is “so massive, I didn’t ever see myself in it. Even when they asked me to audition, I was Like. ‘Have you got the right person?'” but added “For a massive show, it’s actually quite small,” as she spoke of the cast and crew.

“I got photos of me on the warehouse set, in front of loads of boxes printed with the words ‘This Way Up,'”

Written by Chris Chibnall and directed by Annetta Laufer, Eve of the Daleks will premiere New Year’s Day 2022 on BBC One at 7:00pm BT and on BBC America at 2:00pm and 8:00pm ET.

Radio Times Magazine is available on newsstands now and by digital issue.