Series 8 began filming this week and is expected to start airing on BBC One in August 2014.

#DWSR another pic taken from filming at my place of work today! #Vastra makes her appearance!! pic.twitter.com/hE78UBPEnV

#DoctorWho is being filmed at my work today!! Seen an alien #Sontaran but no sign of the Doctor yet! pic.twitter.com/xsBwTlQc43

#DWSR You can’t see much but the set in the Maltings is all lit up now. Unknown whether Capaldi is present today. pic.twitter.com/6i4lkqZPHn 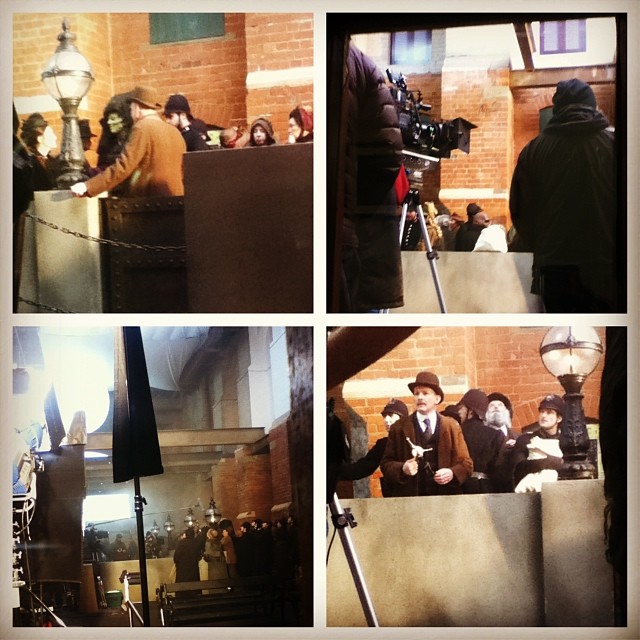 Showrunner Steven Moffat has revealed that the next series of Doctor Who will be “a bit raw” and go in a “different direction”.

> Find out all the latest info on Series 8 in our news summary.

> Order ‘The Time of the Doctor’ on DVD on Amazon.

> Order ‘The Time of the Doctor’ on Blu-ray on Amazon.