The BBC has released the first promotional image for the upcoming Jonathan Creek Christmas special.

Written by series creator David Renwick, the festive special sees Alan Davies return as Creek, alongside Sarah Alexander (The Worst Week Of My Life) as his wife, Polly.

Take a look at our list of 5 of the best Jonathan Creek episodes.

Alan Davies has described the special as “the spookiest episode ever.” 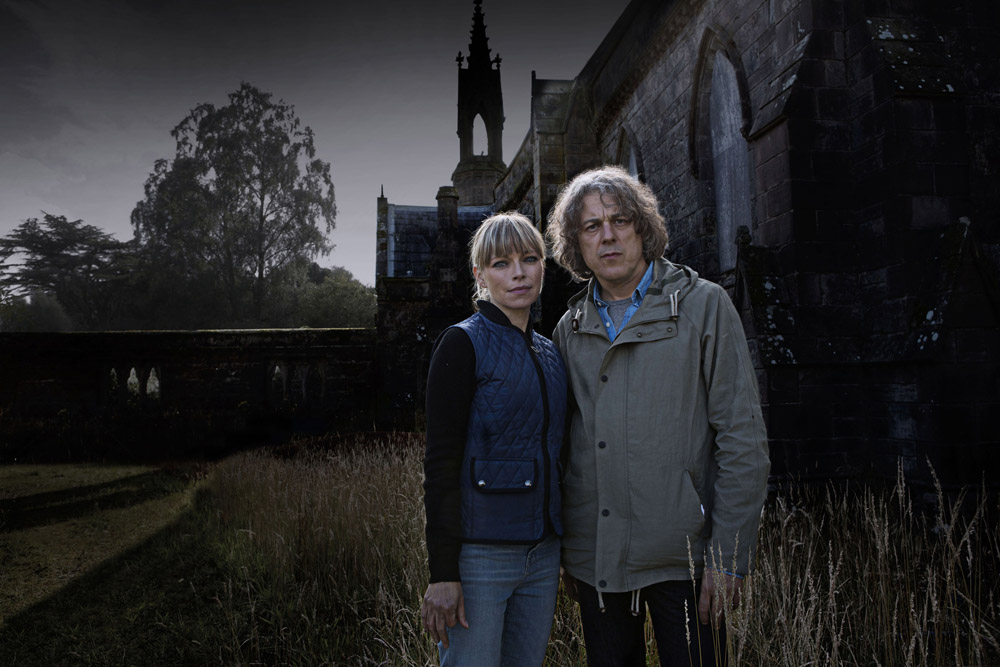 The official plot synopsis for ‘Daemons’ Roost’ reads: “According to legend, a 19th century sorcerer named Jacob Surtees would summon the powers of Hell to terrorise and subjugate his victims at his home, Daemons’ Roost.

“A hundred and fifty years after his death the house is occupied by another, equally macabre, figure: veteran horror film director Nathan Clore. With his health now failing he has summoned home his stepdaughter Alison, to share with her the chilling truth of what happened to her family there.

“However, just days before her arrival Nathan Clore has suffered a debilitating stroke, rendering him terribly paralysed and unable to communicate the very truth that she has come to learn.

“After assisting Alison’s husband in the past, Jonathan Creek is called upon to help again but as the story unfolds, with ever more sinister twists and turns, the gruesome rituals that were once enacted in the dungeon of Daemons’ Roost are frighteningly revived with horrifying consequences.”

Are you looking forward to the new special? Let us know below…