A brand new poster has been unveiled for Pride and Prejudice and Zombies featuring Doctor Who star Matt Smith as Mr. Collins.

Based on Seth Grahame-Smith’s 2009 novel, the movie arrives in UK cinemas on Thursday 11 February next year.

The official synopsis reads: “A mysterious plague has fallen upon 19th century England, the land is overrun with the undead and feisty heroine Elizabeth Bennet is a master of martial arts and weaponry. Casting aside personal and social prejudices, Elizabeth and Mr. Darcy must unite on the blood-soaked battlefield to rid the country of the zombie menace and discover their true love for one another.” 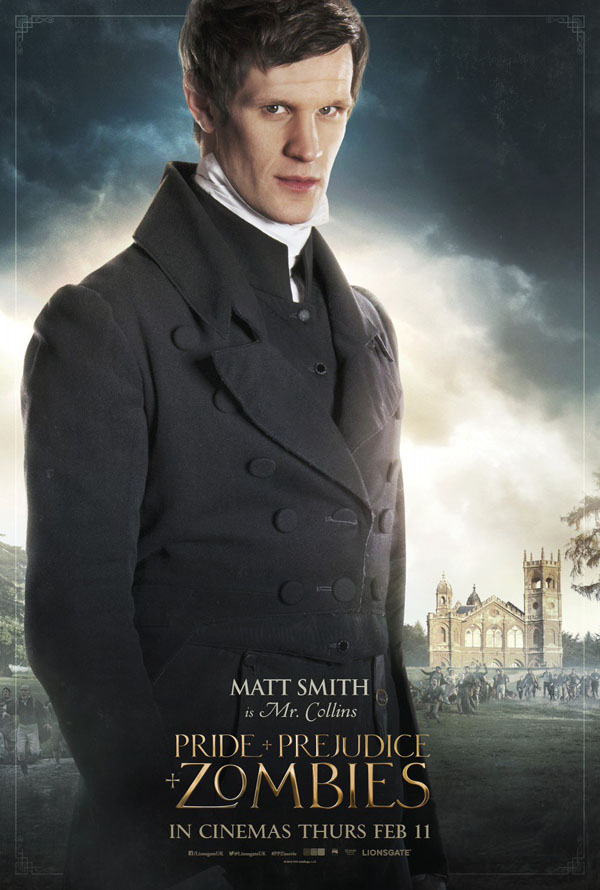 Are you looking forward to Pride and Prejudice and Zombies? Let us know below…