The first promotional photos have been released for the new season of Line of Duty.

Season 4 will see the show move to BBC One. A start date has not yet been announced, but the DVD is currently scheduled for release on Monday 26 June, so an early May launch looks likely.

Other new cast members include Jason Watkins (Being Human), Lee Ingleby (The A Word) and Royce Pierreson (Our Girl). 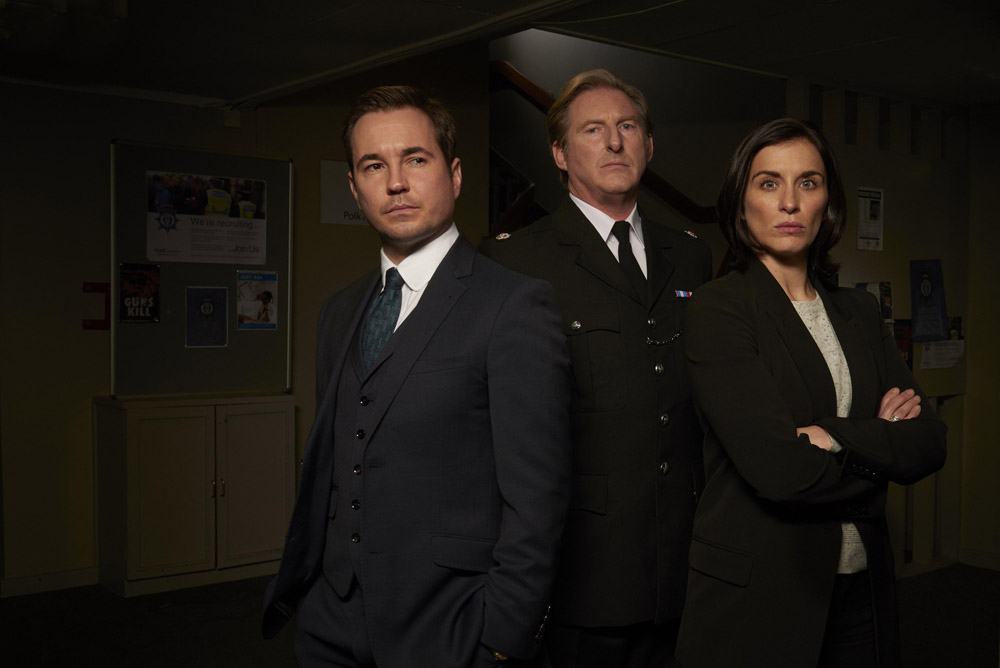 The official synopsis reveals: [Season 4] begins with Roz and her team in the thick of a career-defining case, Operation Trapdoor. Under intense pressure to catch the culprit and prove herself to her superiors, and facing conflict with her colleague, Forensic Coordinator Tim Ifield (Jason Watkins), it’s not long before AC-12 decide to probe her handling of the investigation. A mother of two and wife to husband Nick, (Lee Ingleby), Roz will do anything to stop her life unravelling. Anything.

Line of Duty launched on BBC Two in June 2012 and the third season concluded last April with 5.6 million viewers.