Sky Atlantic has unveiled the first promotional photo for the third season of Penny Dreadful.

Nine new episodes of the period horror drama were commissioned by Sky Atlantic and US channel Showtime in June and are currently filming in Dublin, Ireland.

Patti LuPone (American Horror Story), who guest starred in the second season as the Cut-Wife, will be back as a series regular in the new role of Dr. Seward, an American therapist who treats Vanessa Ives (Eva Green) with an unconventional new approach.

The new picture sees Vanessa turn to Dr. Seward for help in battling the evil forces she cannot seem to escape. 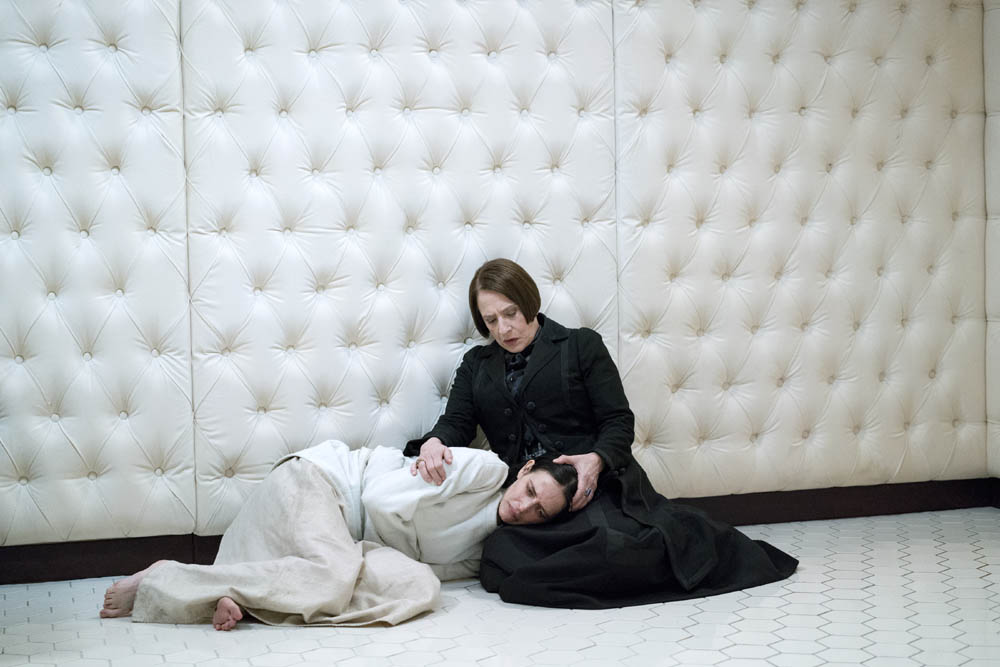 Robert Louis Stevenson’s Dr. Henry Jekyll will join the show’s line-up of literary characters in Season 3. The infamous character will be played by Shazad Latif (Spooks).

Other new guest stars will include Christian Camargo (Dexter) as Dr. Alexander Sweet, a zoologist who strikes up an unlikely friendship with Vanessa; Sam Barnett (Jupiter Ascending) as Dr. Seward’s mysterious young secretary; Wes Studi (Hell On Wheels) as Kaetenay, an intense, enigmatic Native American with a deep connection to Ethan (Josh Hartnett) who also becomes an ally to Sir Malcolm (Timothy Dalton); and Jessica Barden (The Outcast) as Justine, a young acolyte to Lily (Billie Piper) and Dorian Gray (Reeve Carney).