E4 have announced that Sir Trevor McDonald will take on the role of the eponymous GamesMaster in their upcoming revival of the 90s television show.

Airing from 1992 to 1998, GamesMaster was one of the world’s first dedicated video gaming TV shows in the world and the channel have deemed it ripe for a return. Lording over the contestants, who battled for the coveted golden joystick was the GamesMaster himself, brought to life by the legendary astronomer Sir Patrick Moore. 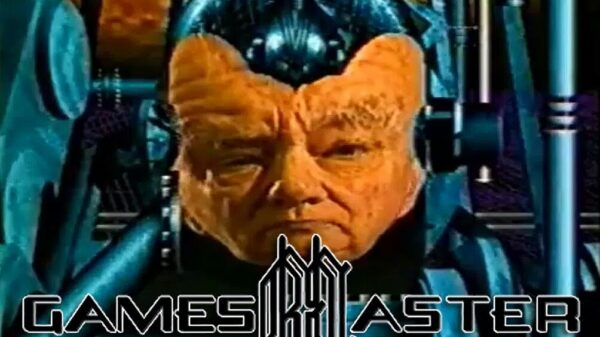 A familiar face on British television, Sir Trevor is best known as the face of itv’s News at Ten across the 90’s and 00’s, as well as the channel’s flagship current affairs programme Tonight with Trevor McDonald.

Commenting on his appointment, Sir Trevor said: “I am delighted to be taking on this iconic role for a new generation of viewers.”

As well as being the face of serious news, Sir Trevor has shown a lighter side over the years. He’s presented Have I Got News for You and famously appeared to surprise Lenny Henry during one of his ‘Trevor McDognut’ sketches on the 80’s Saturday morning show Tiswas. He’s also famously a cricket fan, and has written biographies of cricketers Viv Richards and Clive Lloyd.

Joining Sir Trevor on the show will be a team of three presenters. Robert Florence, Frankie Ward and Ty Logan.

Robert Florence is a writer, actor and presenter who has written and starred in a range of BBC comedies, while co-host Frankie Ward is an established face in esports, known for desk and stage hosting, as well as interviewing players across numerous game titles. Joining them, Ty Logan is making his broadcast presenting debut, having being named earlier this year as one of E4’s faces of the future.

GamesMaster is an E4 Digital Original Commission, in partnership with Oculus Quest 2 from Facebook, and co-produced by Future Studios and Alaska TV.

The series, comprised of three hour-long episodes will premiere on E4’s YouTube channel, followed by a linear broadcast. It will be exec produced by Ian Lamarra and John Farrar, and the showrunner is Céin McGillicuddy.

So, with this high-profile announcement, CultBox will be tuning in. Will you?