The series has been written by Whitehall and Freddy Syborn. The pair previously worked together on Bad Education.

It will feature the comedian as Barnaby Walker, a British antiques dealer sorting out his family’s cash-strapped antiques business. However, when Barnaby unwittingly buys a statue looted from a Middle East war-zone, he calls on help of a New York bounty hunter to it and try to get his money back.

Playing that part will be the Oscar-nominated Rosie Perez (White Men Can’t Jump, Do the Right Thing). Alongside her, making up a star quartet, will be Robert Lindsay (My Family, GBH) and Charity Wakefield (Wolf Hall, Dr Who).

Lindsay will play the role of Barnaby’s father, Nigel, who was recently hospitalised after a mystery ‘accident’. Wakefield will play the the “rogue, scatty and wild, Leah”. 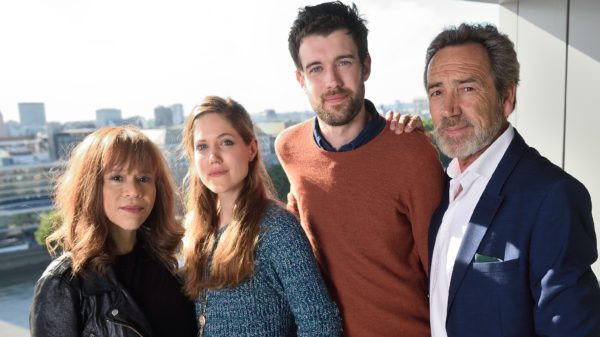 The cast also include Sophie Thompson (Into the Woods, Harry Potter), Bradley James (Merlin, Damien), and Nigel Betts (Doctor Who).

Bounty Hunters is currently in production and is set to air on Sky 1 and TV streaming service NOW TV in autumn 2017.

If you fancy subscribing to Sky, doing it through this link will help support the site. Cheers!