Created and written by Anthony Horowitz (Foyle’s War, Collision), the seven one-hour episodes will show “a unique side of modern London, through the eyes of two outsiders.”

Mark Strepan (The Mill) and Ben Tavassoli (No Offence) will play the roles of junior investigators Stefan and Rash.

Writer Anthony Horowitz commented: “When I created a hero who was Polish/British and another who was Iranian/British, I never expected that we’d actually find the real thing but with Mark and Ben we’ve done exactly that. They really are the ‘new blood’ that the title promises and I’m confident that they’re going to make a wonderfully surprising and entertaining team.” 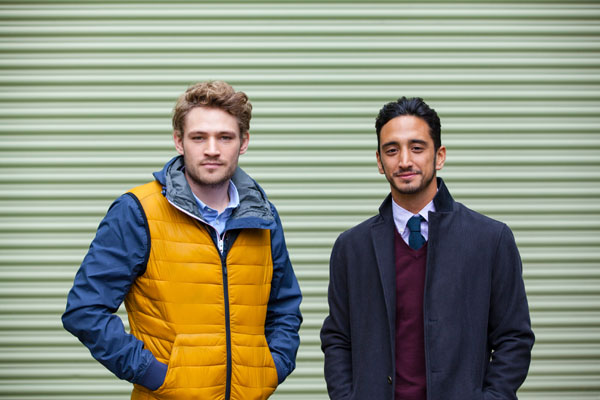 Tavassoli said: “I remember this green book knocking about at school when I was in year 7. I didn’t read anything besides forged sick notes back then, but I decided to jump on the bandwagon and pick up a copy of Stormbreaker. The only problem was I couldn’t put it back down and now 15 years later I’ve been cast in the author’s new BBC drama. Madness. It’s such a privilege.”

Strepan added: “When I was seventeen I remember serving ‘Alex Rider’ Alex Pettyfer at a charity dinner. I was working and saving money for drama school, standing in awe of the actor who got to be a part of Anthony Horowitz’s Stormbreaker. I can’t wait to get started. You read these scripts and you can’t help but want to do a little dance. There’s a lot of action, a lot of training to be done and a lot of fun ahead. I feel incredibly lucky to be a part of it.”

The official synopsis reads: “Brought together by two seemingly unrelated cases, Stefan and Rash will come up against the uber rich and powerful – corporations, individuals, governments and the new breed of criminals who hide behind legitimate facades and are guarded by lawyers.”

Executive producer Matthew Read teased: “It’s incredibly exciting to have Anthony Horowitz back at the BBC with New Blood, and to welcome such brilliant new talent to bring this clever and bold series to life. Anthony is one of the most exceptional crime writers of our time, and to have him as the driving force behind this new drama for BBC One will undoubtedly produce genius.”

Are you looking forward to New Blood? Let us know below…