> Watch the brand new mini episode: ‘The Night of the Doctor’ first if you’ve not already seen it.

The brand new Doctor Who mini episode, titled ‘The Night of the Doctor’, has confirmed that John Hurt’s character is called ‘The War Doctor’.

A prequel to ‘The Day of the Doctor’, the sequence shows Paul McGann’s Eighth Doctor (last seen onscreen in 1996’s TV Movie) regenerate into a young John Hurt. 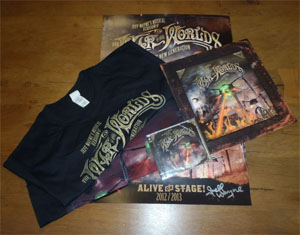 Discussing working with John Hurt on the set of ‘The Day of the Doctor’ in Cardiff earlier this year, Matt Smith told CultBox: “He’s got a really interesting character. I just think ‘I’ve got to stop moving around like a lunatic’… oh, I can’t, he’s just better than me. Maybe one day I’ll own something close to it. He’s a brilliant actor. I watch him with great admiration and he’s a lovely, charming man.”

> Find out all the latest info on ‘The Day of the Doctor’ in our news summary.

> Order the 50th anniversary special on DVD on Amazon.

> Order the 50th anniversary special on Blu-ray on Amazon.

Are you looking forward to ‘The Day of the Doctor’? Let us know below…