HBO is working with the Game Of Thrones team and Tourism NI to preserve the show’s Northern Ireland filming locations and convert them into official tourist attractions.

Various places associated with Thrones have already become popular pilgrimage sites for the show’s legions of fans, with Croatia’s Dubrovnik (aka King’s Landing) being a particular favourite holiday destination for Westeros obsessives. But this will be the first time that HBO has taken an official role in managing the locations from Thrones for tourists.

Jeff Peters of HBO said this about the announcement:

“HBO is thrilled to celebrate the work of the Game of Thrones creative team and crew by preserving these locations and inviting fans to visit Northern Ireland and explore Westeros in person. We look forward to opening the gates and sharing the excitement of stepping inside these amazing sets with Game of Thrones fans from around the world. The opportunity to celebrate Northern Ireland’s pivotal role in the life and legacy of the show and share its culture, beauty and warmth is also a huge inspiration behind these legacy projects.” 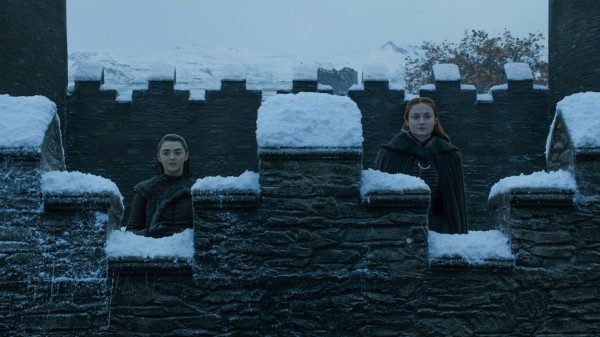 And John McGrillen of Tourism NI said this:

“We couldn’t be more excited about the Game of Thrones Legacy project coming to Northern Ireland. While fans have seen the stunning landscapes, coastlines and mountains in the series, we are thrilled they will now have the opportunity to fully experience the charm of Northern Ireland and immerse themselves in to the world of Westeros. The Game of Thrones Legacy project will be a game changer for Northern Ireland on a global tourism level. We very much welcome this exciting announcement by HBO and look forward to attracting many more visitors to our beautiful country as a result.”

Castle Ward in County Down, which doubles for Winterfell, is perhaps the most iconic location to be involved in this project. The Magheramorne location that becomes Castle Black is set to become part of this collaboration between HBO and Tourism NI.

We’ll be sure to keep you updated as we hear more about this project. With Game Of Thrones set to end next years, we fans will all need something to do!