An eye-catching poster for Gotham season 5 has unveiled the rear view of the show’s Batman suit. This being the final season of Fox’s Batman prequel, we’re finally going to see David Mazouz’s Bruce Wayne suit up as DC’s iconic Dark Knight…

The final two episodes of Gotham will air on Fox, in the US, on the 18th of April, and fans will get to glimpse Mazouz in the Bat-suit after all these years of build-up. Certainly, with so many villains running rampant around Gotham, it’s about time for a Caped Crusader to emerge and round them up. 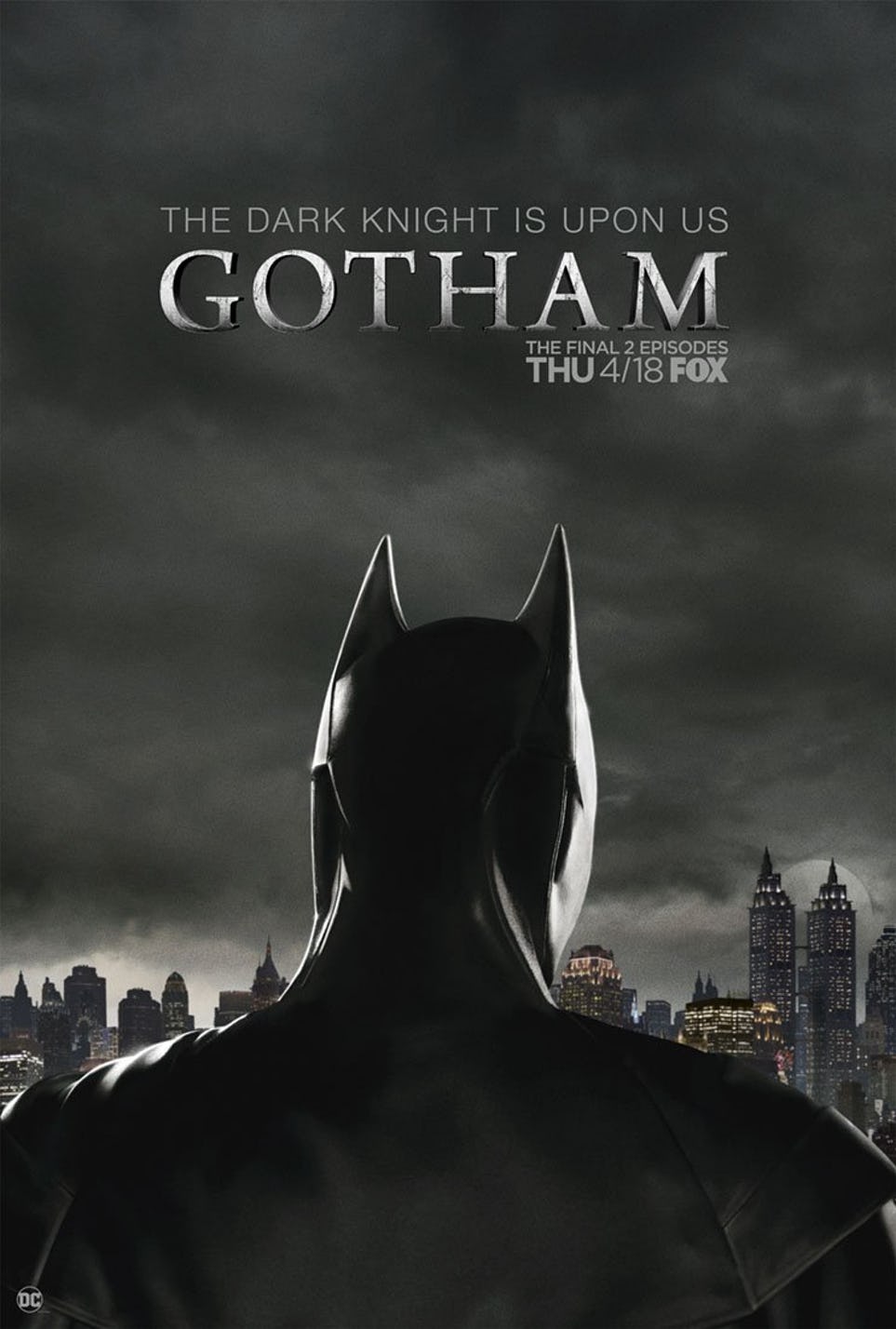 Previously, Gotham showrunner John Stephens said this to Bam Smack Pow about what this version of the Bat-suit will be like:

“I think it’s more matte. It’s inspired by, if I had to compare to any one costume, I’d say it’s closer to The Dark Knight Rises. It’s a little more metallic Bat battle-y looking rather than something like the Suicide [Squad] one or the [Ben] Affleck one.”

He also added this, touching on the worries that making a Bat-suit on a TV budget can cause:

“How much money can we allocate towards spending on this costume because it’s got to look good. Because you don’t want to spend five years, and all of a sudden go ‘great episode but that was a really crappy looking costume’. There’s a lot of pressure, but luckily our wardrobe department is amazing so all the designs they’re doing are going to be great. And we went with short ears.”

We look forward to seeing the full suit, and to watching Batman finally appear in the show.

We’ll bring you more Gotham news as we hear it.