Now that Jessica Jones season 3 has aired, its star has been talking about saying goodbye to the character. Here’s what Krysten Ritter has said about not playing the character again…

Given that Jessica Jones has been cancelled at Netflix, and we don’t know if Marvel has any plans to revive the show on its own Disney Plus streaming service, the end of Jessica Jones season 3 seems like a final end for the show.

And now, in an interview with TV Line, Ritter revealed that she doesn’t expect to return to the role.

“Do I think I’ll play her again? I don’t think so.” Ritter explained. “I feel like I’ve played her, you know? I feel really good about it. I feel good about closing the door.”

Melissa Rosenberg, the showrunner behind Jessica Jones, offered this similar sentiment: “I feel like this is a really complete, closed chapter. I mean, never say never. But I feel ready to tell all new stories.” 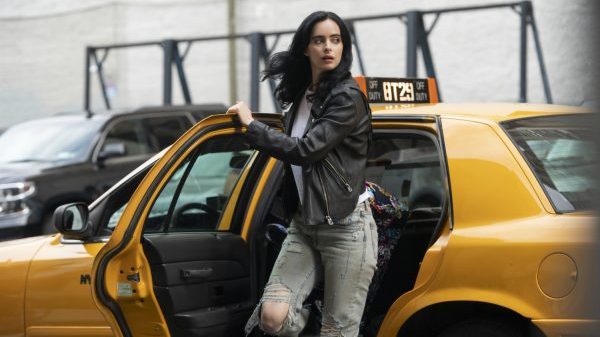 “I think so,” Ritter responded. “That was the most important thing. I’ve spent so much time rooting for her, and it’s really about threading that needle of making it feel like Jessica, keeping it ambiguous, and not wrapping things up in a bow, but leaving her in a place where there’s a little bit of hope and where you have an idea of where she’s gonna go the next day. Crafting that with Mel, over a couple of months, was really important to both of us.”

And was Jessica a hard character to say goodbye to?

“I’m a really hardcore person,” Ritter said, “and I’m really passionate about whatever I’m doing and my work. Of course, I love Jessica so much. I love the show. I love spending every minute trying to make it as cool as I possibly can. Part of that was the directing of this season, as well. But I’m an actress and artist, too. We have a vagabond lifestyle. I love variety. So, it’s a little bit of both. I love Jessica so much, but I also like to do other things, as well. I feel like I have been so blessed.”