The BBC has announced details of a new online Doctor Who game for CBBC audiences, voiced by Peter Capaldi.

Written by Phil Ford (Doctor Who, Wizards vs Aliens), the new, stand-alone story sees the Twelfth Doctor thrown into a dangerous quest with his most devious of enemies.

Ford wrote Season 8’s ‘Into the Dalek’ episode and has also written for The Sarah Jane Adventures.

‘The Doctor and the Dalek’ has been specially released to be part of the BBC’s Make it Digital initiative to inspire a new generation to get creative with coding, digital technology and programming. 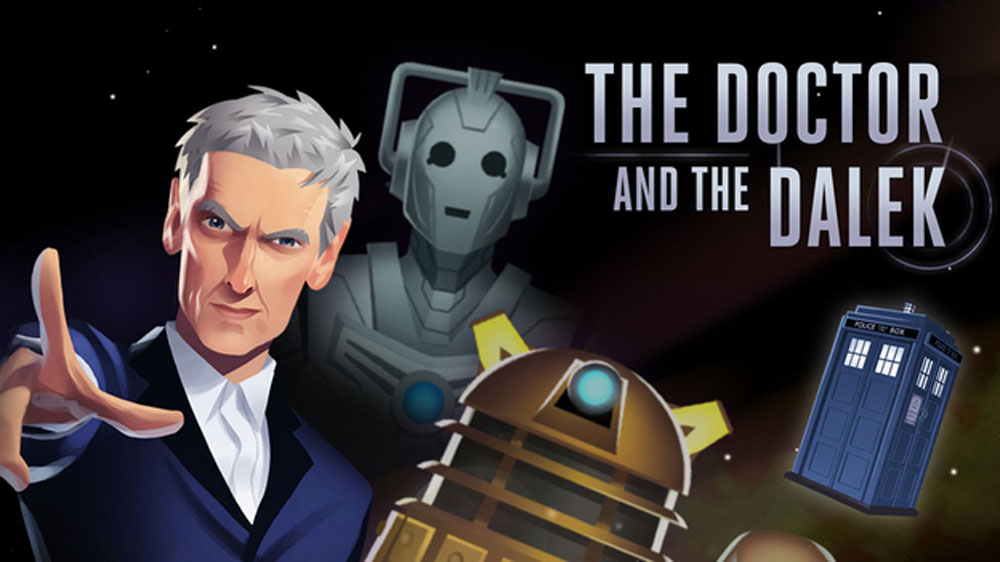 The official synopsis reads: “Players join the action as the TARDIS materialises amidst a deadly pursuit through space – a Dalek Saucer bearing down on a Cyber-ship. But from that Cyber-ship emanates a distress call – from a Dalek! On freeing the battered Dalek from his Cybermen captors, the Doctor finds himself taking his new unlikely ally on a mission to save all of creation from destruction at the hands of his greatest enemies.

“But why would a Dalek turn to its mortal foe for help? To find out, join the ‘Doctor and the Dalek’ in a new adventure spanning the Sontar homeworld and its vile Clone Chambers, which have never been shown on-screen before, as well as reintroducing the icy Cyber-tombs of Telos – last seen in classic Doctor Who episodes.” A range of puzzles are featured throughout the game, where players must take control of the Dalek and program it to ‘power up’ its ability to perform a range of tasks, such as flying. Each puzzle unlocks an achievement that helps the Doctor build the Dalek back to full strength, ensuring it can take on increasingly difficult challenges as the game progresses.

The puzzles are linked to the new computing curriculum and are designed to allow children across the UK to pick up core programming principles as they play. Several key stage 2 and 3 curriculum points – such as combining instructions to accomplish a given goal, using variables to alter behaviour, repetition and loops, and logical reasoning – are seamlessly integrated into the gameplay. Danny Cohen, BBC Director of Television, commented: “’The Doctor and the Dalek’ is a brand-new Doctor Who story and a fantastic game, voiced by the wonderful Peter Capaldi. It’s an excellent example of how a hugely popular BBC show can give fans something extra, whilst also introducing wider audiences to increasingly important skills, such as coding and programming.”

Sinéad Rocks, Head of BBC Learning, added: “We’re really excited about the launch of ‘The Doctor and the Dalek’ as not only is it a really entertaining platform game for kids to play but it’s also a great introduction to some key principles of computer programming. Every puzzle has a strong link to the KS2 or KS3 computing curriculum. So we think it’s going to be a really valuable tool for students, parents and teachers.”

Doctor Who continues next weekend on BBC One with ‘In the Forest of the Night’.

Are you looking forward to ‘The Doctor and the Dalek’? Let us know below…