Sally4Ever, a new Sky One/HBO comedy series created by and starring Julia Davis, has just released its first trailer. You can watch it right here…

Davis is arguably best known for creating and starring in Nighty Night, although her work in Gavin & Stacey also lives long in the memory. More recently, she’s been seen in Camping, Phantom Thread and Philip K. Dick’s Electric Dreams.

The first series of Sally4Ever will run for seven episodes, with the first one airing on October 25th on Sky Atlantic. The show has been described thusly:

“Sally4Ever follows the life of Sally [played by Catherine Shepherd], a soon-to-be promoted marketer who, for 10 years, has lived a comfortable and dull suburban life with David [played by Alex Macqueen]. But on the night he asks her to marry him, Sally has a crisis and embarks on a wild affair with Emma [played by Julia Davis], a seductive, charismatic, boho actress, singer, musician, poet and author. Before Sally knows it, Emma has moved in, rearranged the furniture and her life. Is this really what Sally wants, or has she made a mistake?” 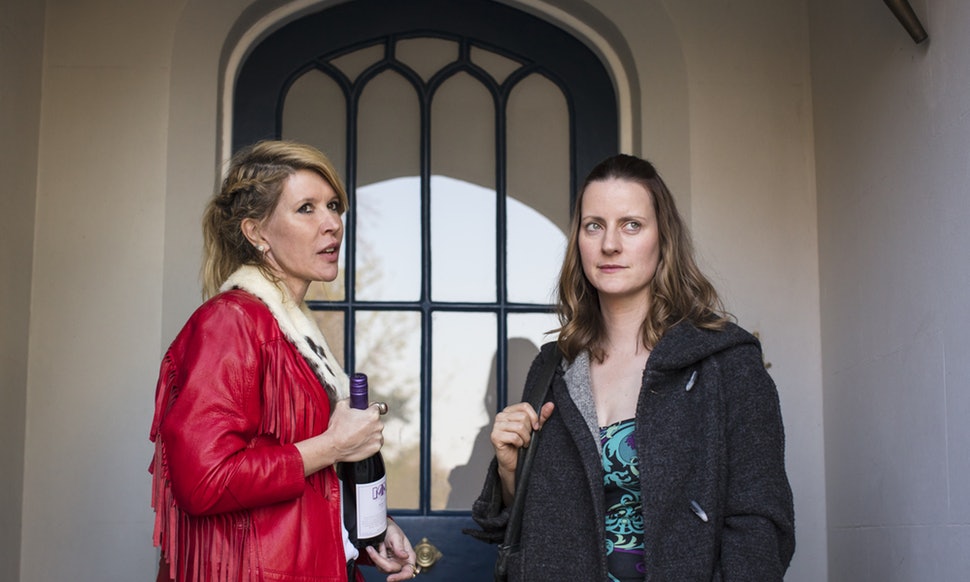 Jon Mountague, head of comedy at Sky, said this about working with Julia Davis:

“They say never work with your heroines, balls to that, Julia’s as much fun to work with as her shows are to watch. Hunderby & Camping bear that out & her latest uniquely brilliant comic creation is genuinely breathtaking.”

Indeed, Sally4Ever sounds like it could be something really special. We’ll bring you updates as and when we spot them.