We might’ve had our last slice of The Great British Bake Off, if it weren’t for Channel 4. Richard McKerrow, who produces the show through the company Love Productions, has got brutally honest about leaving the BBC.

“We really had no choice. I think Bake Off would have died if we hadn’t moved,” McKerrow told an audience at Leeds Trinity University (which The Daily Express reported on).

“It was a decision made on ethical grounds and I include receiving a fair price as ethical”, he added, confirming that a number of factors contributed to the decision.

“I think it is perfectly ethical to ask someone to pay you a salary for what you are doing. And yet there was this, ‘All they want is money’ like money is a grubby issue. It is a real issue.

“The move has been characterised as greedy producers going for the money. I say simply we did it to protect the format.” 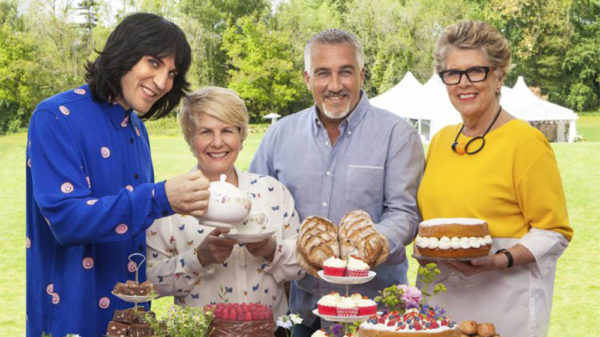 “Obviously what happened with the BBC is a largely untold story,” McKerrow continued. “What people don’t know is the fact that three years before we left the BBC the relationship started to deteriorate.

“Unfortunately broadcasters bully independent producers and the BBC is the biggest bully of all and I don’t think that is healthy for the industry. I felt bullied. There’s an arrogance that the BBC has that is not good for the industry.”

Long may the GBBO live on though Channel 4. Next up, we have a festive episode to look forward to. And as we hear more news, we’ll be sure to let you know.