The broadcaster has commissioned a six part comedy show fronted by the new Doctor Who star.

While we’re all waiting for his Doctor Who debut as new companion Dan – sometime during the Flux storyline which begins at Halloween – itv have lined John Bishop for his own comedy show.

Cannily titled ‘The John Bishop Show’, we’re told that “John will be doing his trademark everyman stand-up and shooting the breeze with some very special celebrity guests. Star interviewees will include the hottest names in film, TV, sport, music and more in front of a live studio audience.”

Apparently, John will also be checking the global comedy pulse with a team of stand-ups from all over the world.

In the press release, John tells us: “We’ve been discussing making a Saturday night show for ITV for a while and I am so glad that we are finally going to be doing it. We want it to be up to date and topical, whilst also fitting the energy and fun that Saturday nights on ITV is known for.” 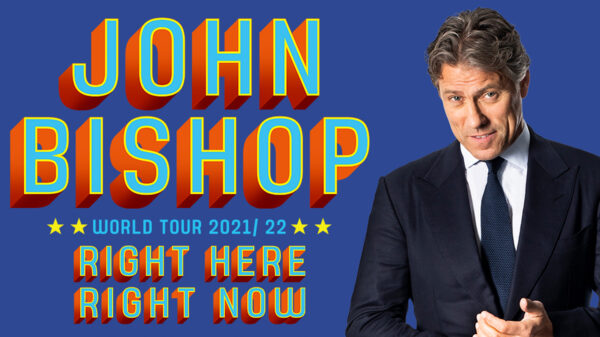 There’s no suggestion of an airdate yet, but as he’s on his “Right Here, Right Now” tour until April – with plenty of Saturdays occupied – we have a hunch that The John Bishop Show may not arrive until Easter 2022. When it does, it will be produced by So Television and Lola TV.

More details as we get them.