The latest Star Trek: Lower Decks season 2 episode was Kayshon, His Eyes Open — a great title and (at least one) an Easter Egg as well

Season 2 episode 2of Star Trek: Lower Decks brought us a replacement for Boimler (Jack Quaid’s character starts on the USS Titan with Ryker), and the inevitable jostling for position when a newcomer joins a group. We also got new USS Cerritos crew member Kayshon and a story with nods back to the original Star Trek Animated series. It’s a good follow up to last week’s season opener, and builds the season nicely.

Kayshon, His Eyes Open the plot

The usual crew of Mariner (Tawny Newsome) and co, with Jet (Marcus Henderson) are helping catalogue the collection of artefacts onboard the ship of a recently deceased Collector. It all goes wrong in the post hilarious of ways, with new security office Kayshon turned into a puppet. The episode is worth watching just for this storyline. If you didn’t spot the reference, Kayshon (Carl Tart) is the first Tamarian. This is the race from the Next Generation episode Darmok, a civilisation whose language works entirely by metaphor. It’s well worth revisiting, and Lower Decks a great vehicle for it.

Meanwhile Boimler is not fitting into the all-action antics of Riker (Jonathan Frakes) and wants to be a member of a Starfleet of his ideals, not just going round the galaxy shooting everything up gung ho. With more happening for him (including saving the lives of an away mission gone wrong), it begins to seems as though he may be on the Titan some time. Events take their own course, and an accident similar to Riker’s in Second Chances.

And the Easter Egg(s) 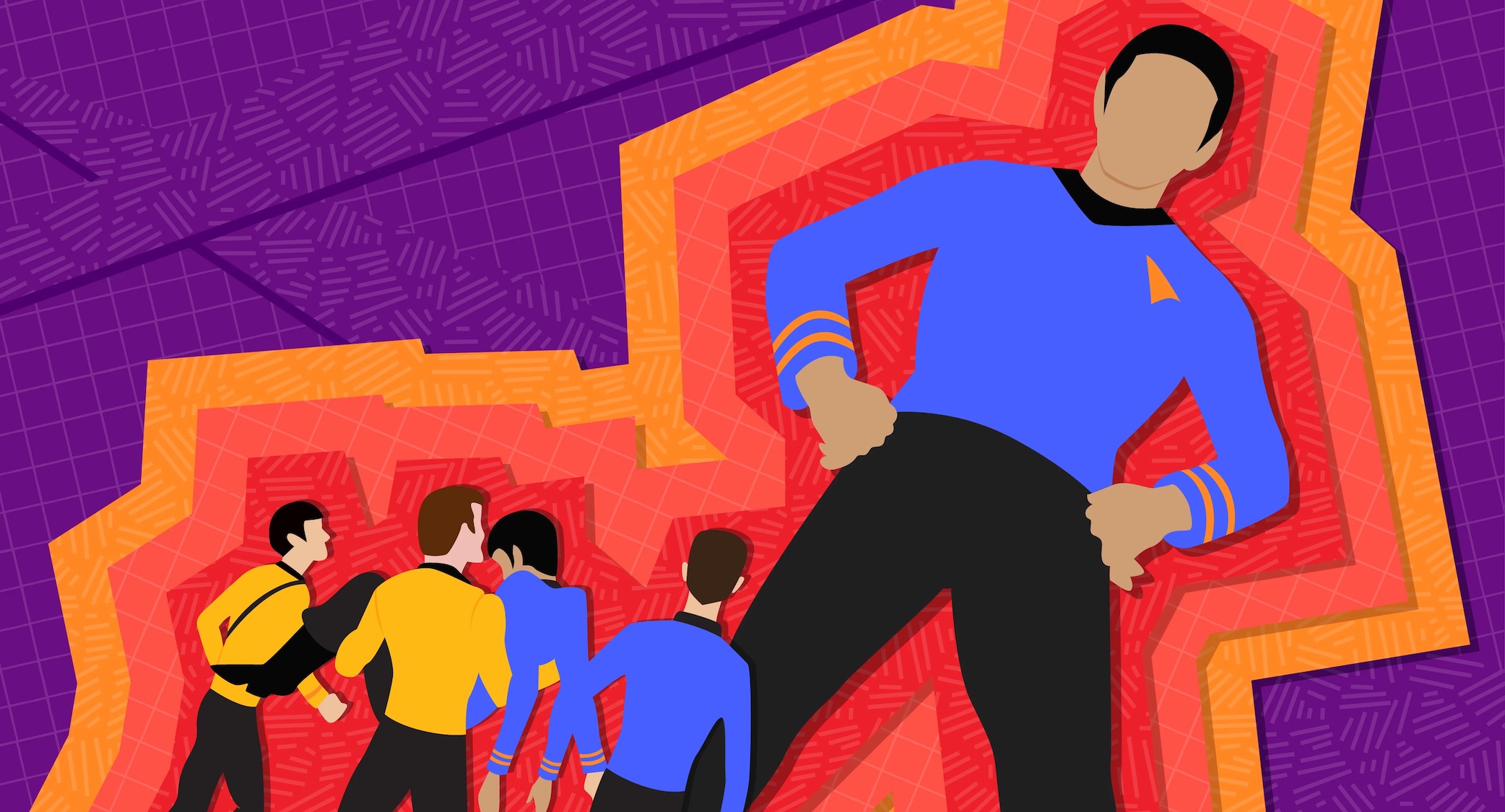 Thanks to the official Star Trek site (we didn’t spot this;-) we can reveal the Spock Two connection. It’s worth reading the article linked, but in a nutshell, part of the treasure on the Collector ship (which is actually packed with Easter Eggs) is a giant skeleton wearing a 23rd century Starfleet commander’s uniform. It’s all that’s left of ‘Spock Two’ a clone created in the Animated Series The Infinite Vulcan.

We said it last week, but it bears repeating — there’s clearly a lot of respect and love for earlier incarnations of the show coming out in recent series (including Discovery) and it’s something the makers deserve praise for.