A specially shot announcement trailer for the fourth Doctor series Blu-ray The Collection – Season 14 was released featuring Louise Jameson, who played Leela in the series and a VOC robot from The Robots of Death.

The trailer was penned by Doctor Who writer Pete McTighe, who wrote Kerblam! and the upcoming Doctor Who Series 12 episode Praxeus.

Tom Baker’s third season as the fourth Doctor will be available on Blu-ray on Monday, April 20.

In 1976, Doctor Who took a dramatic new turn, electrifying audiences with changes in format, companion and appearance of the TARDIS. Season 14 saw the departure of the Doctor’s long-term companion Sarah Jane Smith, and the introduction of Leela. The season contains some of Tom Baker’s most iconic serials, with intrepid investigations in Victorian London, deadly robots in a murderous whodunit, a return to the Doctor’s homeworld, and one of the saddest goodbyes in Doctor Who history. 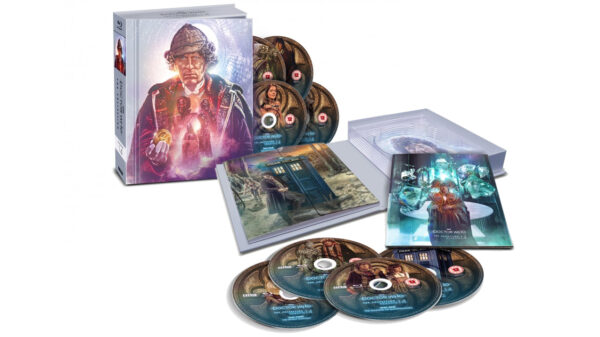 With all episodes newly remastered from the best available sources, this Blu-ray box set also contains extensive and exclusive special features which include:

Doctor Who – Season 14 is available to pre-order from Amazon, HMV and Zoom. Coming soon to the US and Australia.