The HBO Max show will look at the Penguin’s rise to power in the Gotham underworld.

We have yet to see The Batman, Matt Reeves new take on the caped crusader with Robert Pattinson in the title role. However, while the film is not released until March 2022, one of its cast has signed onto a spin-off series already.

As reported in Variety, Colin Farrell, who plays Oswald Cobblepot (aka The Penguin) will explore the character further in an HBO Max television series. The show will look into his rise to power among in the criminal undeworld of Gotham City. 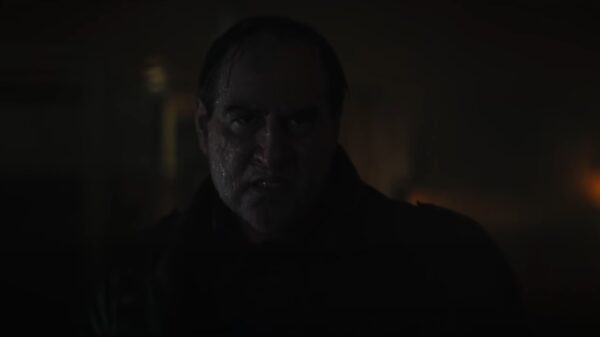 As can be glimpsed from The Batman‘s trailer, in a rather dark moment, Farrell is deep in prosthetics and barely recognisable!

He’s clearly up for the role though, as he has signed on to both star and executive produce the show.  It’s set to be written by Lauren LeFranc (Chuck, Agents of S.H.I.E.L.D.), with The Batman‘s director Matt Reeves and producer Dylan Clark also executive producing the show.

If the series goes forward, it will be the second to spin from the upcoming movie; HBO Max have already commissioned a Gotham Police Department drama, with Joe Barton attached as showrunner. Apparently, it’s part of an attempt to create an interconnected Batman universe across all of WarnerMedia’s. How very MCU!

Offering a brutal looking take on the story, The Batman trailer landed last October at the DC FanDome event.

To the strains of Nirvana’s Something In The Way, the new Batman brutally pounds a henchman before announcing “I’m Vengance!”. We’ve come a long way from Adam West, haven’t we?

As well as Pattinson and Farrell, the film also stars Zoë Kravitz as Selena Kyle (Catwoman), Paul Dano as Edward Nashton (The Ridder) and Andy Serkis as Alfred.

Naturally, as we hear more, CultBox will keep you posted.