Milly Alcock and Emily Carey will play youthful versions of Princess Rhaenyra Targaryen and Alicent Hightower in the Game of Thrones prequel.

Further casting news from House of the Dragon, currently in production, suggests an element of flashback to the story. Something generally avoided by the main show, except for in a few pivotal moments, it appears the relationship between Princess Rhaenyra Targaryen (Emma D’Arcy) and Alicent Hightower (Olivia Cooke) will be explored by their younger iterations too.

House of the Dragon is set a few hundred years prior to the events we saw in Game of Thrones, telling the story of the Targaryen civil war that is known as the “Dance of the Dragons.”

As a refresher, let’s recall the original casting announcement we brought you in December;

Princess Rhaenyra Targaryen: The king’s first-born child. She is of pure Valyrian blood, and she is a dragonrider. Many would say that Rhaenyra was born with everything…but she was not born a man.

Alicent Hightower: She’s the daughter of Otto Hightower, the Hand of the King, and the most comely woman in the Seven Kingdoms. She was raised in the Red Keep, close to the king and his innermost circle; she possesses both a courtly grace and a keen political acumen.

So, where have I seen them before? 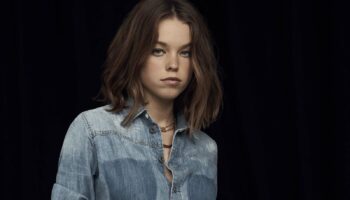 The Sydney Morning Herald tells us that 20-year old Milly Alcock hails from Australia and you might have seen her in shows like The Gloaming and Uptight, the latter of which also stars Tim Minchin. 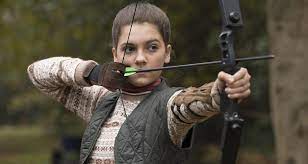 Meanwhile, Emily Carey (18) is English and played the young Diana in 2017’s Wonder Woman, as well as the young Lara Croft in 2018’s Tomb Raider reboot. On television, she’s appeared in BBC staple Casualty, Houdini and Doyle and the teen thriller drama Get Even.

Keep an eye on Cultbox for further updates as filming continues.