Game of Thrones prequel series House of the Dragon will be the first show to use the new facilities.

Warner Bros. have announced the opening of three new sound stages at its Leavesden studios, including a virtual production stage, reports KFTV.

With 24,000 sq. ft. of total space, the inside will feature a wraparound virtual environment, using a matrix of 2,600 LED panels.

Emily Stillman, SVP, Studio Operations said: “The launch of the V stage brings a completely new dimension to filming at WBSL, providing an exciting environment in which to deliver a new level of creativity.”

“With the show’s incredible imaginary worlds and the exceptional quality HBO always delivers, House of the Dragon is the perfect production to maximise the unparalleled opportunities this space offers.” 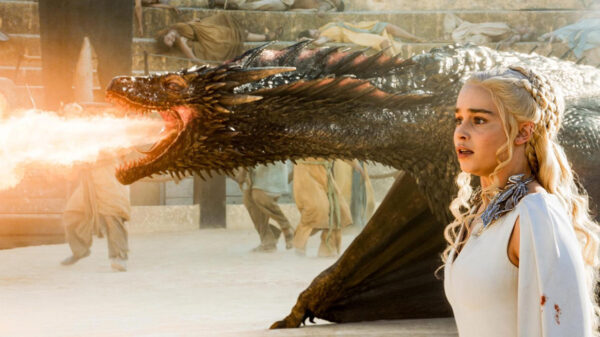 Plenty of space for lots of dragon-based action then!

Starring Paddy Considine, Emma D’Arcy, Olivia Cooke and Rhys Ifans and Matt Smith, House of the Dragon promises to chronicle the beginning of the end of House Targaryen. The first season is set to air in 2022 and will consist of ten episodes.