After rave reviews, James Graham’s drama will be back for more.

Launching with impressive viewing figures, BBC One’s Sherwood has been lauded as both clever and compelling.

The drama, from James Graham, follows a tense investigation into two shocking and unexpected killings in a former mining community. The show was inspired by real events that occurred in the Nottinghamshire mining village in which the playwright grew up.

Off the back of that first run, the BBC have commissioned Graham to pen a second series. Once again, he’ll take inspiration from the pit villages and surrounding towns of his home county.

The new series promises to continue examining the lives and legacy of those governed by Britain’s industrial past; stories will come from the communities of the ‘red wall’ towns. It will again look at the controversial deployment of so-called ‘spycops’ and how seismic ripples from the past can come back to haunt the present. 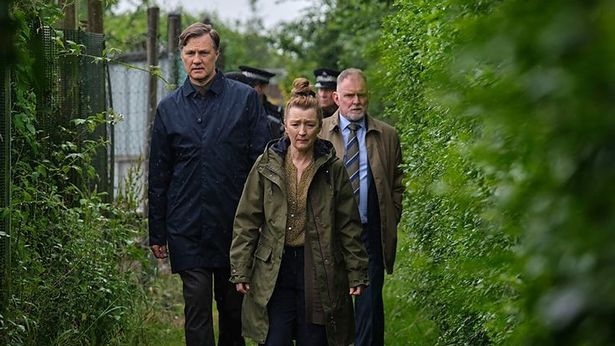 Of the recommission, James Graham says:

“I’ve been so deeply moved by the response to Sherwood. These stories come from my home, and I want to specifically express gratitude to my community for whom I know these subjects can be difficult, but – I hope – important ones to explore.

The East Midlands and former ‘red wall’ areas like it are never just one thing – politically or culturally – and it’s been the honour of my life to give voice and character to a place I love. It’s a county of great stories and legends, past and present, and I can’t wait to show audiences more. It’s also a joy to see our incredible cast be so celebrated, along with lead director Lewis Arnold, who I owe a great debt, and Ben Williams. None of this would have been possible without House Productions championing and supporting me every step of the way, and without the public-service remit of the BBC.”

We’ll keep you posted on Sherwood – in the meantime, you can catch up the first series on BBC iPlayer.