It’s official (*see below) — with the latest instalment of Star Trek: Lower Decks, there have been 800 televised episodes of Star Trek across various versions of the franchise since 1966. It’s a big number, and not far away from Doctor Who making 862 as of Jan 1 2021 (according to Wikipedia), so the record is still safe, but give it a couple of years…

In terms of milestones, the episode itself was nothing unusual. The title We’ll Always Have Tom Paris gives away the guest star — Robert Duncan McNeill reprising his role on Star Trek: Voyager. It turns out Boimler (Jack Quaid) is obsessed with the Voyager crew, and goes overboard when he hears Paris is visiting the USS Cerritos. The episode itself was no more mad then others, and certainly didn’t trade on any recognition of the 800th episode.

But how do you count 800 episodes of Star Trek? 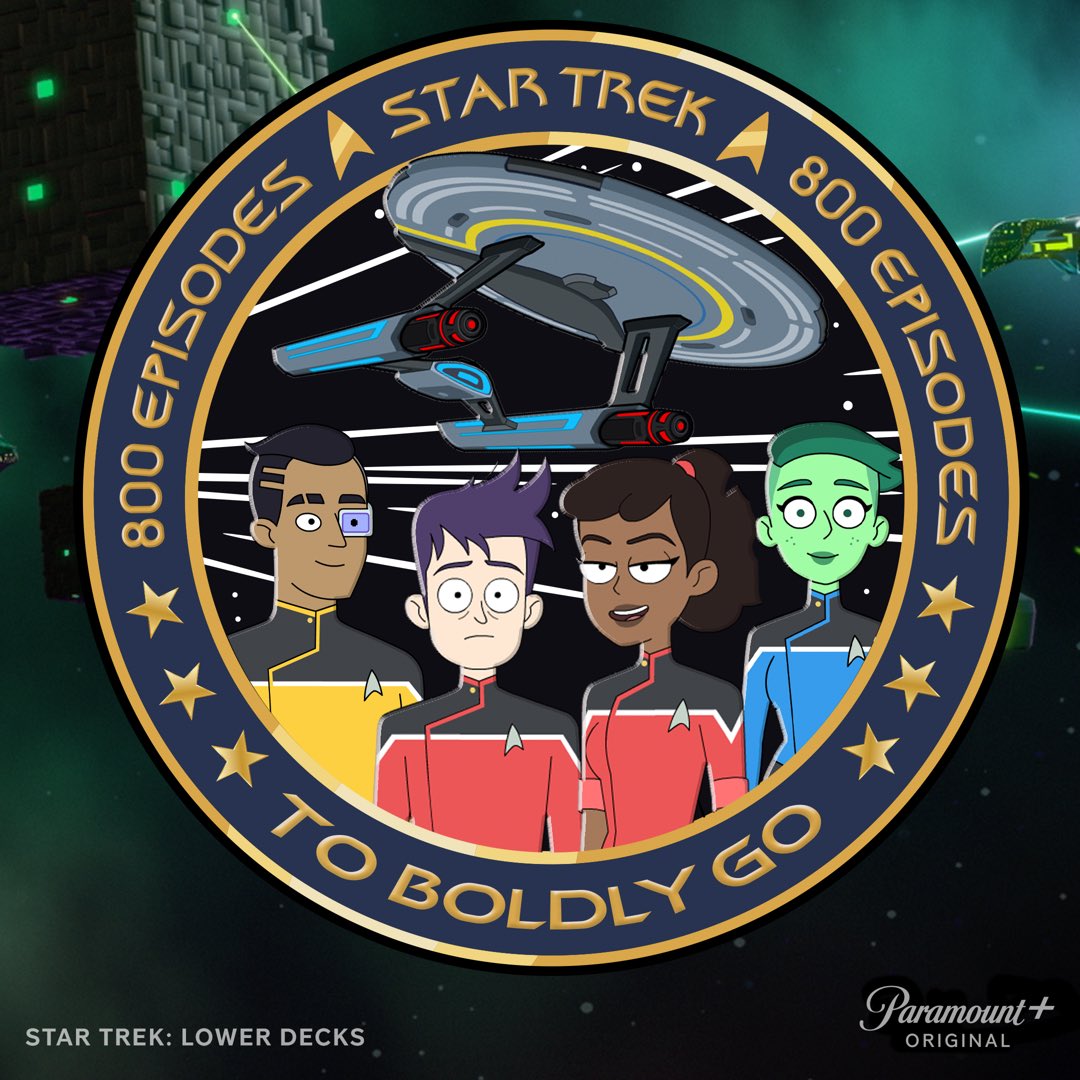 What is an episode? Is a two-part story one production or two episodes? Do the mini-episodes shown for Star Trek: Discovery count? If you count productions, why not count the movies?

It’s a debatable point, but (as the badge shows) Paramount is clear on its definition. If you count everything ever made (ie canon, something Trek has that Who hasn’t), it turns out the 800th production might well have been Star Trek: Discovery — There Is A Tide... It’s something to keep fans arguing about until the next milestone.

With Picard, Discovery, Prodigy, Lower Decks and everything else, the franchise can easily make 40-50 episodes a year, so expect the 1000th episode sometime around 2024. We’ll keep you posted!