But Andor will begin with a triple-episode premiere.

Updated 05/08/22: They may be making us wait, but Disney have released two new images to keep us going.

While we’re still digesting the mildly disappointing news of Andor‘s three-week delay, Disney have thrown us a bone with another couple of new images.

The first sees our hero-to-be Cassian Andor under fire… 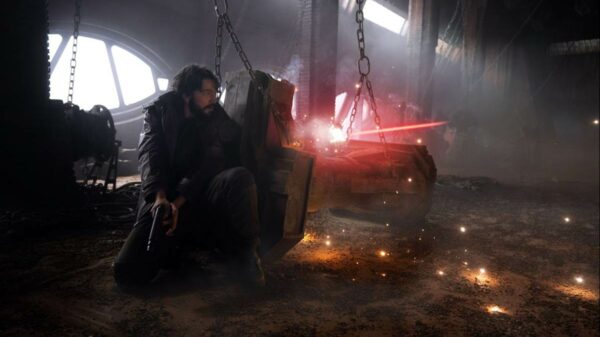 Is that blaster fire – or something more industrial. Either way, Andor is brandishing his blaster and looks ready to shoot his way out of the situation.

The other image features Mon Mothma… 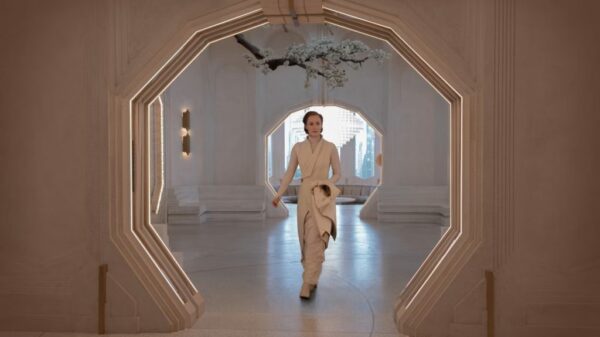 A significant figure in the rebellion, but one with whom we’ve actually spent very little time, Mon Mothma’s story is set to be filled out during the show. How did she go from Republican Senator to a leading light of the rebellion? It’s an aspect of the tale we’re keen to see.

Showrunner Tony Gilroy too part in Disney’s Television Critics Association panel for Andor and confirmed the show’s two-year, 24 episode structure. The first series of Andor is set five years before Rogue One and takes place over a year. The second will fill the remaining four years and feed into the movie. He said:

“We really get to take the formative forging of Cassian Andor in the first 12 episodes and then we get to take that organism that we’ve built up and run it through the next four years in a really exciting narrative fashion.”

“I would say, ‘Wait and see.’ It’s a story we are eager to tell. It’s difficult to carry an Imperial droid around with you and not draw all kinds of attention. It’s a difficult piece of luggage. When we do it, we’ll do it in a spectacular fashion as opposed to presenting it and ignoring it, or presenting it or hiding it, or the bad versions we would have been forced to do.”

He also confirmed the status of the show, saying that the first series is all but complete and filming for the second should begin in November.

But Andor will begin with a triple-episode premiere.

We’ve been waiting a while now for Andor to arrive. The show takes place in the five-year build up to the events of Rogue One, showing the build-up of the rebellion. Rogue One, of course, was the prequel movie that dovetailed neatly into the first Star Wars movie (these days known as Episode IV or A New Hope.)

With Andor’s second series already confirmed, it was slated to begin with a double-episode drop on August 31st. However, Disney+ have now shifted that date back three weeks to Wednesday 21st September instead. As a sweetener, three episodes are we’re promised three episodes at once to launch the season.

Witness the beginning of rebellion

Beginning with a focus on Cassian himself, we see the pilot tempted to turn his skills against the Empire. As the trailer widens, we meet other players – most excitingly, confirming the return of Forest Whitaker’s Saw Gerrera. 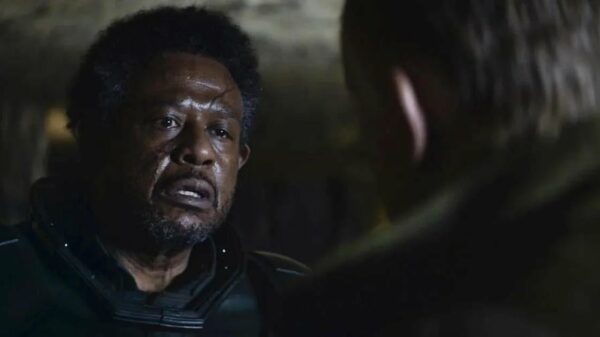 Through the eyes of both Rebels and the Empire, Andor promises a tense, gritty take on the Star Wars Universe. We’re particularly looking forward to the political dimension too through Mon Mothma; Ben Miles appears to be playing one of her Senatorial confidantes.

A new Andor poster too

As has become traditional, there’s a smart new poster to herald the series’ arrival… and it’s very much in classic Star Wars style. 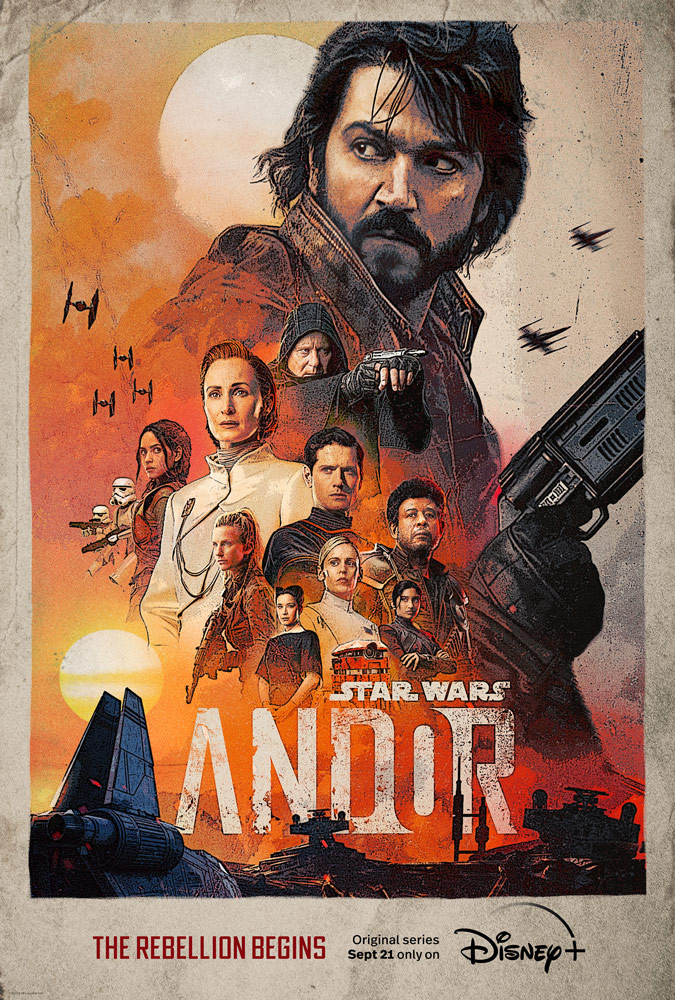 So, as we said, Andor now begins streaming on Disney+ on Wednesday 21st September. With a triple-premiere on that date, we expect episodes to drop weekly thereafter.