As Breeders returns, it fully embraces the teenage years.

Updated 08/06/22: Thanks to a press release from Sky today, we finally have that crucial UK start date for Breeders Series 3; the show began on FX in the US in May.

The sitcom, which stars Martin Freeman and Daisy Haggard, returns to Sky Comedy on Wednesday, 13th July. On the same date, all ten episodes of the new run will also be available on the NOW streaming service. 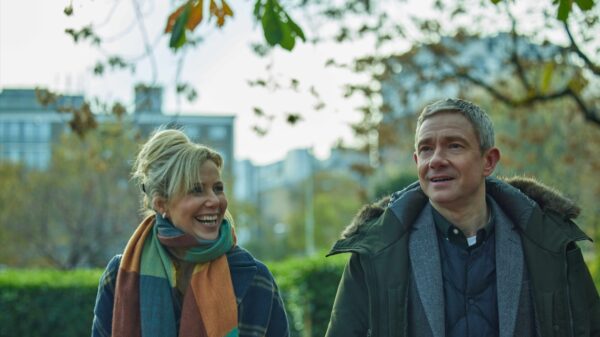 In addition to the previously announced details, Sky confirm that Sally Phillips joins the cast as a guest-star throughout the series.

“You jump into being a parent convinced you’re going to be a hero… and bang, you’re the bad guy.”

As the two-minute trailer shows, the bumpy family dynamics look set to continue with the fallout from *that* punch. As well as Paul’s continuing anger issues, it appears he also has health concerns to come and there’s another woman on the scene.

Meanwhile, Ally’s dealing with the fact that Ava is hitting puberty. With recognition that Paul’s rage is no longer avoidable problem, is that couples therapy?

Showing us cleverly how this family has developed on screen, it seems that one thing remains constant: the grandparents will be stealing all the best lines. Oh, and we loved the shot of Ally giving the finger to the smoke detector. We’ve been there.

We’ll let you know when we hear of that elusive Sky start date.

As Breeders returns, it fully embraces the teenage years.

While there’s no announcement from Sky yet, US broadcaster FX have released details for the third series of Breeders. The show gained its renewal on the day series 2 launched in 2021.

The dark comedy sees Martin Freeman and Daisy Haggard as Paul and Ally, a couple facing the challenges of parenting in the 21st century. 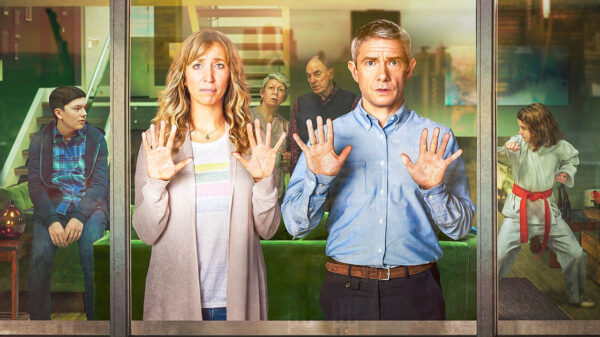 Here’s the synopsis for series 3 of Breeders:

Breeders continues its bitter-sweet look at the struggles of modern parenthood. Season 3 starts days after Season 2 ended, as the Worsley family reels from teenaged Luke punching his dad, Paul.

Paul’s moved out and is staying at his mother-in-law Leah’s house. He should be lonely but actually the simpler life has its appeal. Eventually, though, amends with Luke must be made.

Meanwhile Ally has her own problems – with work, with her early menopause and with her increasingly strained relationship with her newly adolescent daughter, Ava. Gallows humour and large glasses of wine only go so far in quelling the angst…

As well as Martin Freeman and Daisy Haggard, the show stars Alex Eastwood as Luke, Eve Prenelle as Ava and Stella Gonet as mother-in-law Leah.

Breeders is co-created by Freeman, Chris Addison, and showrunner Simon Blackwell. The show is produced by Avalon.

Series 3 begins on FX with a double bill on Monday the 9th of May and is available on Hulu the day after.

We’ll keep an ear out more details and that all important UK start date.