Four new episodes will conclude the story of Sephy and Callum.

With its second series set to launch on the 26th of April, the BBC have released a trailer for Noughts + Crosses.

Adapted from Malorie Blackman’s bestselling novels, Noughts + Crosses takes place in a dystopian alternate world. It tells of the forbidden love story between Sehpy (Masali Baduza) and Callum (Jack Rowan). She is a member of the black ruling class known as ‘Crosses’ and the daughter of a prominent politician; he is a ‘Nought’ – a white member of the underclass who were once slaves to the Crosses. 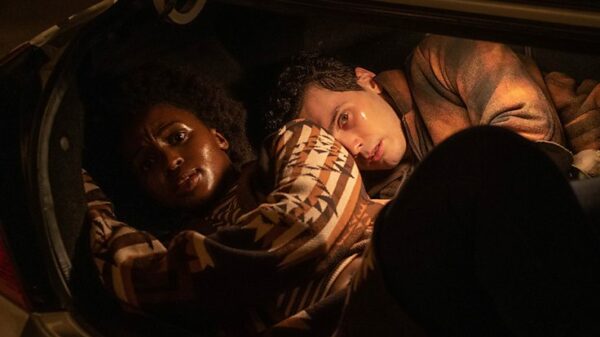 Noughts + Crosses series 2 promises to “…bring the iconic, forbidden love story between Sephy and Callum to its epic conclusion.”

It’s only a brief tease, but there’s a hint of the escalating tensions and a first look at new cast members Michael Dapaah and Judi Love in action. Dappah plays Mensah, a powerful and influential television personality who enjoys a fractious relationship with his co-host Chidi Abara, played by Judi Love. 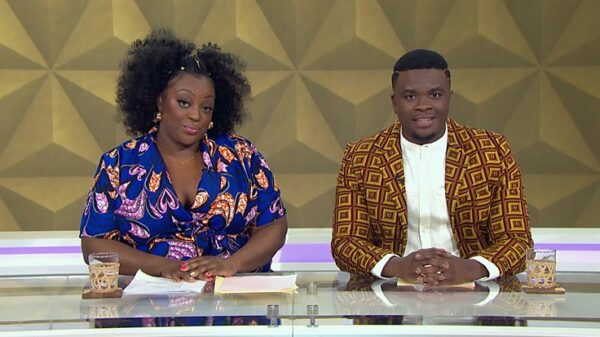 Noughts + Crosses is produced by Mammoth Screen for the BBC. It’s written by Lydia Adetunji and Jerome Bucchan-Nelson, directed by Koby Adom and produced by Sarah Lewis.

It will also appear in full on BBC iPlayer, where the first series remains available.