Captain Ed Mercer and his crew are finally back this June.

Some three years after we last saw them, the crew of The Orville have New Horizons to explore. The long wait in-between seasons is thanks to a shift to the US streamer Hulu, plus a pandemic-impacted production run.

The new season, the show’s third, launches on the Thursday the 2nd of June and, after an impressive battle sequence teaser in February (arriving hand-in-hand with a launch date delay), Hulu have dropped a full trailer.

As well as some impressive action sequences, and more encounters with the hostile Kaylon, it looks like there’s an exploratory angle to the new series – making sense of the New Horizons moniker.  It also offers our first proper look at the ship’s new crewmate, Ensign Charly Burke (13 Reasons Why’s Anne Winters). 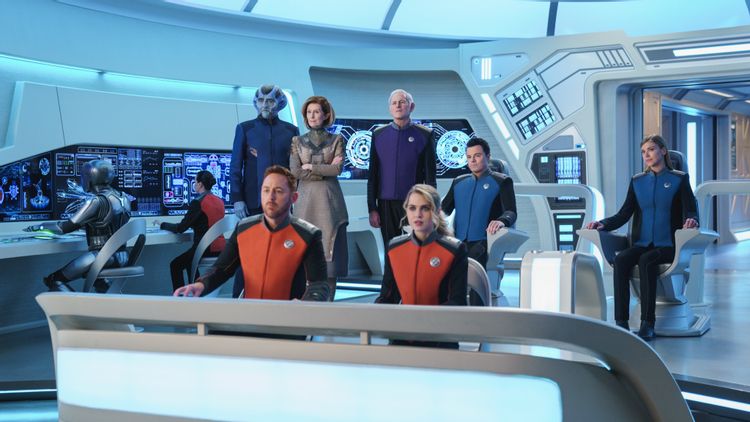 However, the show hasn’t lost its comic tone, beginning with a portentous historical quote that is immediately undercut with humour. We also see Ed Mercer fumbling a potential moment of command gravitas.

Beyond this series, the future of The Orville remains uncertain as Seth MacFarlane is making a Ted television series for Peacock next. However, we read that the door is reportedly left open for more.

The Orville: New Horizons land on Hulu on the 2nd of June 2022. In the UK and internationally, you’ll find it on Disney+ under the Star banner, with episodes dropping weekly.