Sky Atlantic have dropped the first teaser trailer for their upcoming second series of the award-winning Gangs of London. The show’s April 2020 launch was massive for Sky as a home grown hit, rather than an imported show.

Set a year after the events of the first series, here’s the premise for Gangs of London Series 2:

One year after the death of Sean Wallace and the violent reckonings of series one, the map and soul of London has been redrawn. The surviving Wallaces are scattered, the Dumanis broken and estranged, and Elliot is now being forced to work for the Investors.

As the Investors look down on a city sliding into chaos they decide enough is enough and bring in reinforcements to restore control. Old favourites and new players fight back against the new order, forcing sworn enemies to work together and family members to betray each other. Who will win the battle for London’s soul?

“What does it feel like to be a king?”

In the teaser, we see the return of ex-undercover cop Elliot (Ṣọpẹ́ Dìrísù) who gives a brief but intense monologue. Punctuated by fast cuts, it reveals glimpses of the characters and some of the action to come.

As well as Ṣọpẹ́ Dìrísù, the new series sees a host of actors reprising their roles; Paapa Essiedu, Lucian Msamati, Michelle Fairley, Orli Shuka, Pippa Bennett-Warner, Brian Vernel, Narges Rashidi, Asif Raza and Valene Kane all appear. However, Joe Cole (who plays Sean Wallace) has not been announced, meaning his wounds at the end of the last series may have been fatal. 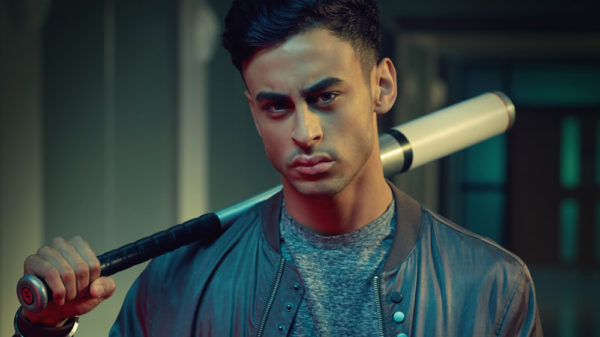 Joining the show for the new run are a number of new faces; Fady El-Sayed (Class), Salem Kali, Aymen Hamdouchi (Criminal: UK) and Waleed Zuaiter (Baghdad Central) all appear. As does French rapper Jasmine Armando in her first TV role.

Gangs of London is a Pulse Films production in association with SISTER for Sky Studios and AMC.

There’s no start date yet, save for that fact that it’s coming this year.

If you want more, Sky release a behind-the-scenes teaser while Series 2 was in production.