Starring John Cena, the show will continue the story of his troubled character.

Back in October, DC’s virtual FanDome gave us the first look at the Peacemaker series, with a teaser and a gloriously NSFW clip. Coming to HBO Max across eight episodes, all written and five directed by James Gunn, the show will explore John Cena’s character first seen in his Suicide Squad movie.

Now, with the show’s US debut on 17th of January, HBO have delivered a three-minute trailer to whet out appetites:

We get plenty of Peacemaker and his new team in action, plus his eagle sidekick too. Additionally, there’s some insight into the difficult relationship he has with his father. Peacemaker appears to be having a moral dilemma when it comes to executing his mission. If we were to sum up the show in a single word, we’d call it raucous.

“They Give Peace a Bad Name” 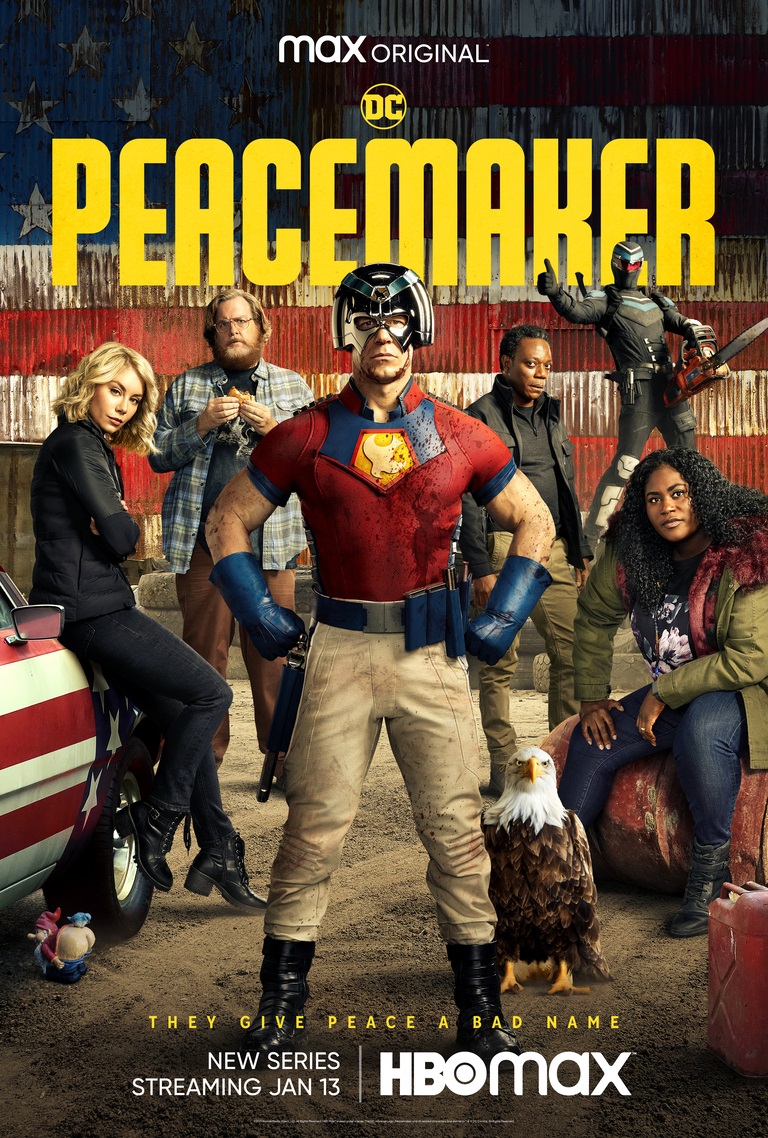 HBO Max are dropping the first three episodes on the 13th January, with the remainder to follow weekly on Wednesdays.

We’re still waiting for confirmation on a UK broadcaster; the smart money would be on Sky/Now TV given their ongoing relationship with HBO. Fingers crossed eh?