Over the past couple of years, the new incarnation of Worzel Gummidge has been quite the hit at CultBox Towers. It’s one of those delightful programmes that brings the whole family together, so we’re thrilled to see three more films.

This week’s new Worzel Gummidge tale promises a Detectorists reunion, bringing Toby Jones and Mackenize Cook back together on screen. Jones is set to play all six members of the village committee; the Baker, Butcher, Mayor, Postmaster, Publican and Alderman. 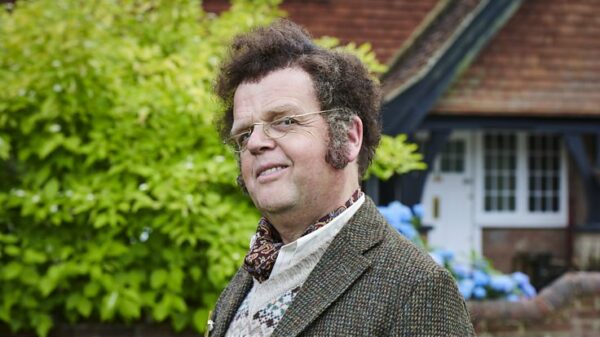 It’s the build-up to bonfire night and a new face has arrived in Scatterbrook. Worzel’s cousin, Guy Forks, has taken his rightful place at the top of the bonfire, but an argument between the old friends leads to a competition to prove who can do the other’s job better.

With The Bonfire Night Committee distracted, Guy convinces Worzel to swap places, but it soon becomes clear that Worzel has bitten off more than he can chew. With Worzel stuck on top of the bonfire, John and Susan turn to Aunt Sally for help, but can they find a way to rescue Worzel before time runs out?

As well as Mackenzie Crook as Worzel, regulars John (Thierry Wickens) and Susan (India Brown) both return. So do Steve Pemberton and Rosie Cavaliero as Mr and Mrs Braithwaite, with Vicki Pepperdine as Aunt Sally. This episode will also star Paul Kaye as Worzel’s cousin, Guy Forks.

If you want to see a trailer, Radio Times have an exclusive one here.

While Guy Forks is the first of three new Worzel stories, the other two, Twitchers and Calliope Jane, have yet to be scheduled. We expect them to appear over the Christmas period. For further details, there’s a BBC press release here.

On creating these latest stories from Scatterbrook, Mackenzie Crook says: “I’m thrilled to bring three new episodes of Worzel Gummidge to audiences this year and to announce the quite brilliant cast. We had a happy summer making these films and I hope some of that comes across on screen.”

Worzel Gummidge, written and directed by Mackenzie Crook, is co-produced by Leopard Pictures and Treasure Trove Productions for BBC One. It is executive produced by Kristian Smith (Leopard Pictures), with Mackenzie Crook and Lisa Thomas (Treasure Trove Productions) and rights holder Patrick D. Pidgeon for Pidgeon Entertainment, Inc. The producer is Matt Carver.

Guy Forks airs on BBC One at 5:45pm on Saturday 6th November, and if you’re in the mood, the three previous episodes are available to watch now on BBC iPlayer. Muddy boots!