Adapted from the original German, these award winning stories featuring the father of psychoanalysis have been remade in English, starring David Rintoul.

We meet Professor Sigmund Freud in post WWI Vienna, where his methods are still novel and he is moderately successful, but not famous. Now in his sixties, Freud feels rather unfulfilled; dissatisfied with his clientele whom he describes as a succession of “weeping widows”.

The first story, ‘The Second Face’ shakes up his world with the arrival of a police constable client. Karl Gruber seeks the Professor’s help to unravel the secrets behind a disturbing, vampire-style murder case. With some trepidation Freud agrees to assist, admitting an interest in the “dark continent of the human soul”.

It is arranged for his daughter Anna to accompany Gruber and take comprehensive notes from which the Professor will give his advice. The trail leads the investigators to a vampire club, of dressing up and fine dining, which Anna infiltrates putting herself in terrible danger.

In ‘Father and Son’, a new patient confesses a gruesome patricide and demands the Professor assuage him of his guilt at gunpoint. While Anna reaches out to Karl for help, Freud has no choice but to proceed with the analysis through some troubling roleplay. 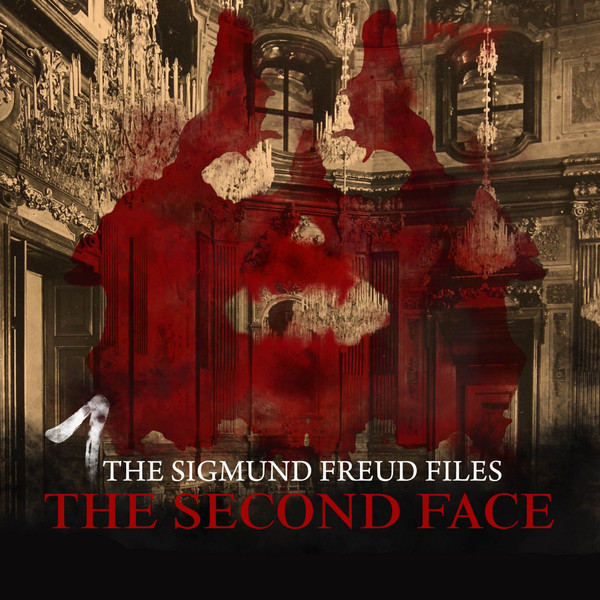 ‘Injury’ brings the Professor out of his practice for the case of a soldier suffering what we would call PTSD, who has taken position up a church tower and is taking pot shots. Probing the tensions surrounding the place for soldiers in peaceful, post-war society, there is a clever twist as Freud gets to the heart of the matter.

Finally, in ‘Stimulus’, Freud’s methods come into question as he is accused of rape by one of his patients and his reputation is at stake. With a court prosecutor out to get him, the solution lies in understanding the nature of the accuser’s delicate situation.

Writer Heiko Martens clearly understands Freud’s methods and it is fascinating to see them applied to the art of criminal deduction; we are granted insight into Freud’s thought processes, with his Super-Ego and Id framing each episode and debating the patient’s issues as well as challenging the Professor’s own mental state.

The principal cast are all excellent; David Rintoul, best known for his theatre and vocal work in animations such as Peppa Pig, brings suitable gravitas to Freud while Emma Tate and Carl Prekopp provide engaging support as his sometimes impulsive daughter Anna and the thoughtful Constable Karl Gruber.

It is worth noting that the style of the production is incredibly formal and somewhat different from the general user-friendly tone of Big Finish’s output; startling music is employed to both heighten the tension and cover scene transitions, from urgent cello to moody bassoon and chaotic piano, and this can take some getting used to.

With some distinctly adult themes, these tales will not be to everyone’s taste but we found then to be both educational and entertaining in equal measure.

> Buy the audio story on Amazon.

What did you think of the set? Let us know below…