Photographer Kim Gottlieb-Walker takes us through five John Carpenter films that she was the stills photographer on: Halloween, Escape from New York, The Fog, Halloween 2 and Christine.

She gives some amusing commentary on a number of the photos, and the images themselves speak volumes. They really capture the spirit of the low budget everyone-mucking-in approach to filmmaking. You’ll see the same faces appearing throughout the five films, so you get the sense of the family atmosphere. You can even see a heavily bearded James Cameron working on the art department on Escape from New York before he moved onto directing.

You can also see how much fun those films must have been to make. However, it also shows the late nights and hard work (Jamie Lee Curtis sleeping during a night shoot, for instance, and many cast and crew looking exhausted).

It’s also interesting to see the making of the first Halloween film, as at that stage no one had any idea of the smash hit, and ongoing franchise it would become. The set (and Halloween wrap party) look more like students away from home for the first time. And you can see the level of seriousness and professionalism start to change over the five films as the budget and expectation grows. 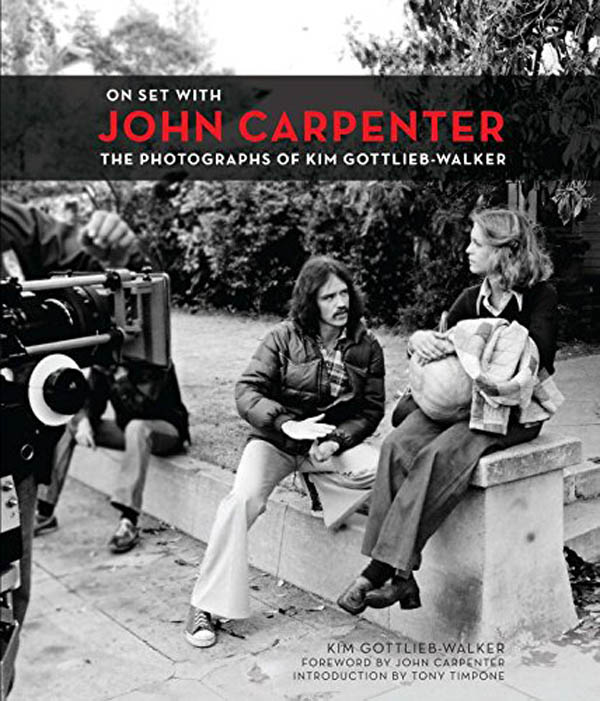 As Gottlieb-Walker clearly has a friendship and connection throughout the films, she is able to capture a natural relaxed, up close and personal feel to the photographs.

The only minor downside is that she didn’t photograph more of his productions, as some earlier no-budget films (Dark Star/Assault on Precinct 13) and the later larger productions that underperformed at the box office (The Thing/Starman/Halloween 3) seem to have interesting productions as well as the ones presented in the book.

The images she has chosen are well composed and edited for each of the films, with each telling a specific story. John Carpenter also writes a few things for the book alongside the memories and stories from Gottlieb-Walker.

On Set with John Carpenter captures a spirit and passion for filmmaking that is an absolute must for any fan of Carpenter and late ‘70s/early ‘80s independent cinema.

Out now from Titan Books.