‘Time Tunnel’ is the third in a series of new Doctor Who short stories read by an original cast member.

In this case it’s Katy Manning recreating Jo Grant and the Third Doctor’s era in a Nigel Fairs story.

The setup is simple – UNIT are called to investigate a train full of corpses; all anyone knows is the train was slightly late leaving a tunnel. Of course the Doctor has to investigate by single-handedly driving a train through the same tunnel. The mystery deepens when the Doctor emerges near death and covered in ice!

Investigations reveal not all is well with time (hence the title) and the Doctor needs to address matters before the military mind responds to the perceived threat of alien incursion on time honoured fashion, i.e. with explosives. 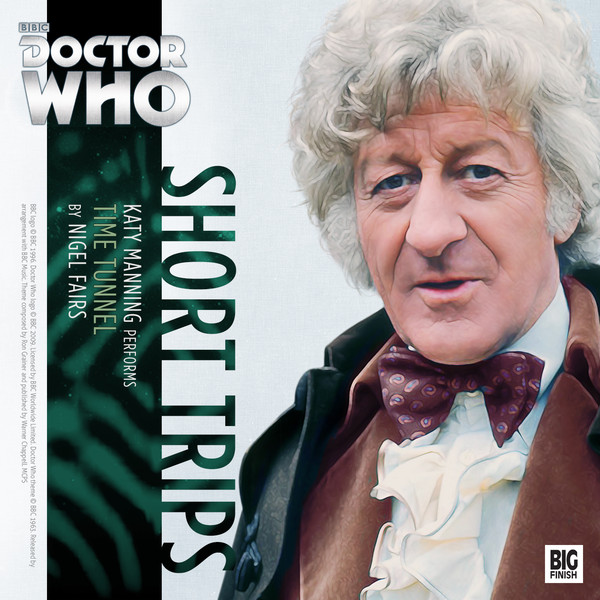 Nigel Fairs’s story is well read by Katy, who provides the voice of Jo, the narrator, a Pertwee impression the Brigadier and various other UNIT characters. The character dynamics work well and the prose is a joy – vivid and imaginative.

The plot is imaginative, the science needs glossing over (and this is a fantasy about time travelling aliens, so scientific accuracy is often overlooked) and the listener is witness, through Jo Grant’s eyes, to a wistful and angry Doctor, juggling loyalty to the Brigadier but also conscious of his own imprisonment on Earth.

All very grand but sadly nothing unfamiliar and the resolution of this pleasant tale fails to come to any conclusion that we didn’t know before. The trip from Brighton to London will never be the same again though.