Author Dan Abnett, although best known for his comic strip work, has a variety of Doctor Who credits to his name, including audio dramas, short stories and a Torchwood novel.

Missing a Leadworth Christmas, the TARDIS crew nevertheless find themselves in a picture-postcard snowy environment. The planet of Hereafter is a late expansion colony world, settled long after the Earth and its solar systems are gone. Needing some modification to suit humanity, Hereafter is being slowly re-engineered by giant terraforming engines. 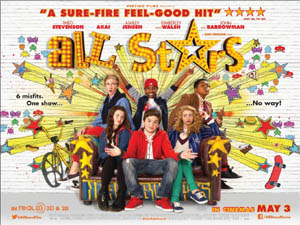 Twenty-seven generations have passed since the planet was settled and the descendants of the colonists, the Morphans, have devolved somewhat, becoming a superstitious community who slavishly study the manuals of the terraforming system like a religious text.

With the crew split up, Rory finds himself on the run while the Doctor and Amy fall foul of local customs when the psychic paper is just a touch too effective. Accidentally allowing an illiterate man to read, the pair are accused of “conjury” and are incarcerated.

Freed by Bel Flurrish, a girl who enlists them to search for her missing sister, they set off and eventually find themselves deep within the bowels of the terraforming machinery – in caverns so large that they have their own internal weather  systems.

Meanwhile Rory eludes his pursuers and forges an alliance with that same missing sister, Vesta, making it back to the village where he finds his profession accords him some kudos. The Morphan community is fascinating, with its customs and language corrupted by time, and there are secrets to be uncovered.

Delaying a full confrontation, the Ice Warriors’ traditional lumbering movement is brilliantly rendered as a relentless, unstoppable menace. Eventually we encounter the slightly more personable Lord Ixyldir with whom the Doctor enjoys a battle of words. He holds the Martians to their much vaunted code of honour and questions their attempts to take the planet by stealth. Although his attempts at grandstanding ultimately let him down, they are fun and suggest that his actions have helped to shape what is to come for the Ice Warrior race.

Abnett has fun with the naming of the Martians too, with a running gag where Amy cannot remember what they are called and when the Doctor muses that they may well have adopted their Ice Warrior mantle from his companion Victoria. He also adds an interesting note to their physiognomy, with the Doctor claiming they are herbivores.

With strong escalating action and plenty for all three regulars to do, the tale holds back on a rather unpleasant twist until the final chapters. Although all the information is there, it is one we did not see coming and adds a whole extra dimension. In the conclusion, the Doctor leaves the planet of Hereafter, and the destiny of the Morphan humans, in their own hands.

‘The Silent Stars Go By’ provides a strong finish to this highly enjoyable run of reprints. Fortunately, we can now look forward to eight more reprinted Doctor Who novels with the announced Monster Collection, due to be published in March.

> Buy ‘The Day of the Doctor’ on DVD on Amazon.

> Buy ‘The Day of the Doctor’ on Blu-ray on Amazon.