Available exclusively via the Big Finish website until the end of December, this is the second of two sets of adaptations of comic strips first printed in Diana comic in the late 1960s.

Like the first collection, this is four full-disc stories adapted by a range of writers each blending the slightly absurd with the larger than life characters of Steed and Peel. There’s a lot of bowler hat and brolly action, mixed with period style villains, a scattering of royalty and plenty of bubbly to wash it all down. Lots of people get killed in lots of strange ways and each time Steed and Peel face almost certain death to right wrongs and catch the ne’er-do-wells. It’s all jolly good fun and rather splendid.

In ‘Playtime is Over’, adapted by Robert Khan and Tom Salinsky there are villainous children, lots of explosions and impossible robberies, but of course all is not as it appears. The action is fast paced and the characters very much larger than life.

Paul Morris and Simon Barnard bring us ‘The Antagoniser’, capturing the very Avengers theme of science gone wrong, and all mixed with a TV program. Matt Fitton’s ‘The Mad Hatter’ is a blend of all that is the Steed era Avengers, and the cast clearly had a great time with this.

The set ends with John Dorney’s take on ‘The Secret Six’ and is almost an inverted version of Agatha Christie’s And Then There were None. Invited to a fancy-dress party, they find the world’s six deadliest criminals want them dead. It’s an excuse for some marvellous mad dialogue as our heroes manage to survive all manner of contrived assassination attempts. 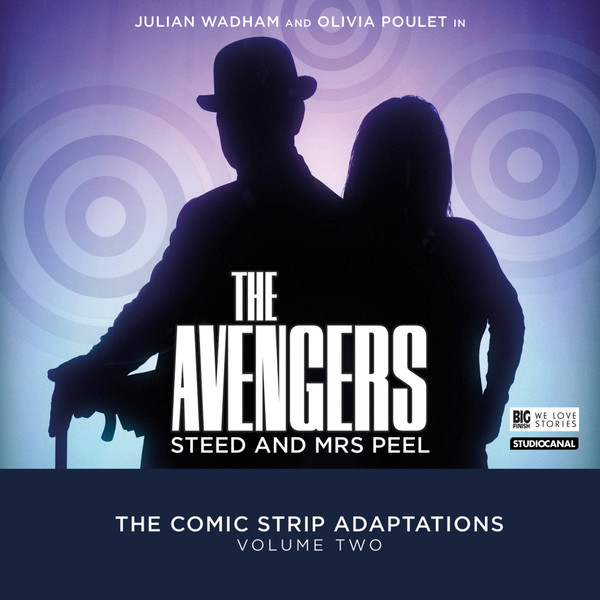 Alongside the audio, Big Finish has also reprinted the original Diana comic strips and these are available as an attractively priced PDF download. Not only are they a delight to read but also demonstrate how skilled the writers are: each original story is only a few pages long and yet each has become a thrill-pack hour long story.

The only regret at the end of this set is there are no more comic-strips to be announced. Surely now Big Finish must be given permission to create some original content?

Released in November 2016 by Big Finish.