Usually when Big Finish acquires the rights to a series, their aim is to continue or complete, often using original cast members.

Their approach to the cult 1960’s classic The Prisoner is different; with no surviving cast to call on, writer and director Nicholas Briggs has chosen to “re-imagine” the show, retaining its original idiosyncratic tone. With the shadow of the misjudged 2009 ITV/AMC American reboot still looming large, we are pleased to say this was a wise choice.

‘Departure and Arrival’ takes us back Agent ZM-73’s fateful Belgium trip, his resignation and subsequent arrival in “The Village”. Here, people are referred to by number rather than name and the administration, led by Number Two, is desperate to discover why the newly dubbed Number Six resigned from his top secret job.

Befriended by Number Nine, a seemingly fragile lady with whom there is a definite spark, he attempts an escape and discovers the confines of his new home, including the intimidating Rover guardians.

Plans to force information in ‘The Schizoid Man’ involve the granting of a limited psychic link between Numbers Six and Nine, as well as the introduction of a doppelganger causing a delightfully confusing identity crisis.

Briggs’ newly created episode ‘Your Beautiful Village’ follows, making a positive virtue of the audio format. Waking in total darkness, Number Six can only make out vague occasional shapes and his only human contact is a telephone connection – with the calls are frequently interrupted by bursts of distorted and frightening sound.

Finally, in ‘The Chimes of Big Ben’, the arrival of the beautiful Number Eight creates tensions as Number Six had to decide whether to trust her and conspire together for a further escape attempt.

Casting an actor able to do justice to the character, created so vividly by Patrick McGoohan, was quite some challenge (as Briggs explains in the accompanying documentary), but he appears to have hit the jackpot with Mark Elstob.

Primarily known for his stage work, and a stint on Emmerdale, Elstob gives a commanding and volatile performance. His leading ladies Sara Powell and Kristina Buikaite, Numbers Nine and Eight respectively, bring both an international feel and a touch of romantic tension largely absent from the original. 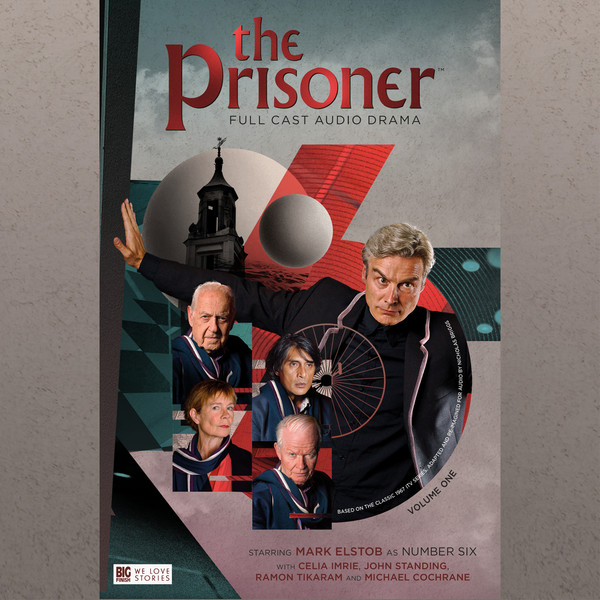 Period music cues and a curtailed version of that theme evoke the iconic visuals of the show, but there are some pleasing tweaks too as we now have the terminology to describe the futuristic technology of The Village; Interactive software, DNA and tablets – of course, it means nothing to poor Number Six!

While some of the alterations may infuriate purists, this new imagining of The Prisoner creates an immersive world that we will not be seeking to escape from anytime soon. “Be seeing you!”

Volume 1 is available both on download and in a Limited Edition Box Set, which comes with a 32 page colour booklet.

> Buy the complete TV series on Blu-ray on Amazon.

What do you think of Volume 1? Let us know below…