The cliff-hanger to last week’s opening episode was suitably epic, leaving the city of Atlantis surrounded and ready to fall to Pasiphae’s forces while Hercules and Pythagoras, dragging a wounded Jason, were about to encounter a Cyclops.

With ample helpings of swordplay and hand to hand combat, the defence of Atlantis was thrillingly all action. At the forefront, stood Ariadne’s new right hand man Dion (Vincent Regan), valiant and loyal to his Queen, we even saw him inspire a coward to take up arms.

On the subject of cowards, and despite efforts the story’s efforts to paint him as such, Hercules the hero emerged once again when the occasion demanded it. He took on the Cyclops in the tunnels, drawing it away from Pythagoras and Jason, firstly with a glorious head butt and then a more conventional stabbing in its lone eye. The unfortunate CGI beast fared well for both being used sparingly and being housed in the darkened tunnel environment. 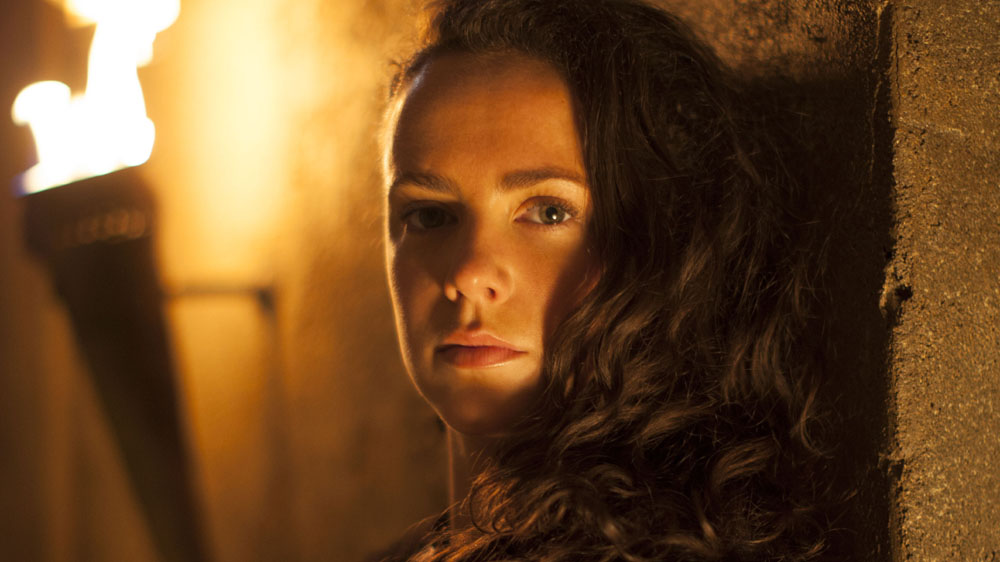 Though she had little to do in this episode, Amy Manson’s Medea demonstrated some of her magical abilities, appearing to shed a tear as she as she helped foil Lord Sarpedon’s ill-fated assassination attempt on Pasiphae. She also had a ring-side seat for the former Queen’s murderous action saving Jason from an archer’s arrow, which may have resonance later.

The revelation of Jason’s parentage, discovered in last year’s season finale ‘Touched by the Gods’, was revisited as Pasiphae’s action showed the former Queen’s weakness when it comes to her son. While we are not sure how it might be exploited, the fact that Hercules now knows the truth can only be a divisive move for the heroic trio.

For all Jason’s grandstanding, and he does enjoy a great moment inspiring the deserting Atlantean troops, the story is really Ariadne’s. The young Queen (Aiysha Hart) moves from being a naive but principled leader, refusing to execute traitors and deserters, to one prepared to order her rival’s death. 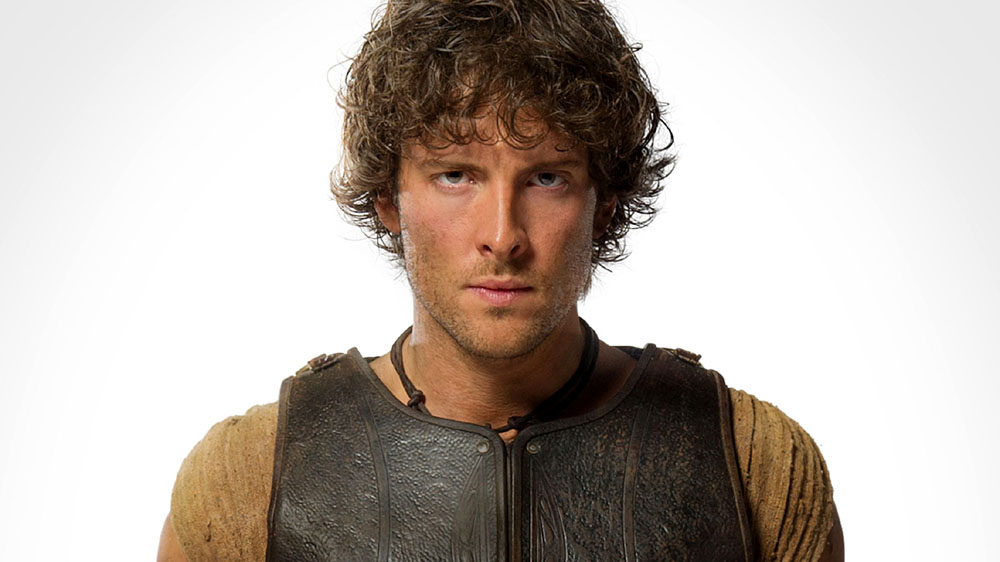 By the end of the tale she also accepts the political realities of her position; although she may love Jason and call on him for help, their relationship will never be tolerated by the nobles of the city as it would make her rule unsustainable.

Delivering on the promised of increased depth of character complexity, this opening two-parter has set a high bar for the second season, full of pumping action and high stakes.

We look forward to seeing where Queen Ariadne’s journey will take her, and if she is truly prepared to become as ruthless as her rival in order to keep her grip on the throne.