Back after its extended mid-season break and with the fans, if perhaps not the casual viewer, aware that Atlantis is entering its final run, the story of the doomed city continues apace.

Although we fear the tale will not reach its inevitable watery conclusion, and with some commentators turning their thoughts to what might come next, we plan to continue reviewing in blissful ignorance – much like Jason and the fact of his royal parentage.

Hot on the heels of Ariadne’s proposal to Jason, this episode deals with the implications of the match and battle lines are quickly drawn. Pasiphae is prepared to kill her son rather than countenance the thought of him taking the throne (clearly there is not enough cache in being Atlantean King’s Mother!)

Meanwhile, Queen Ariadne is counselled against the marriage by her new advisor, the brooding Delmos. This beardy general, played by Emmett J Scanlan (The Fall), is concerned she will lose the support of her court by marrying a man not of noble birth and is clearly not as enamoured of Jason and friends as his late predecessor was. 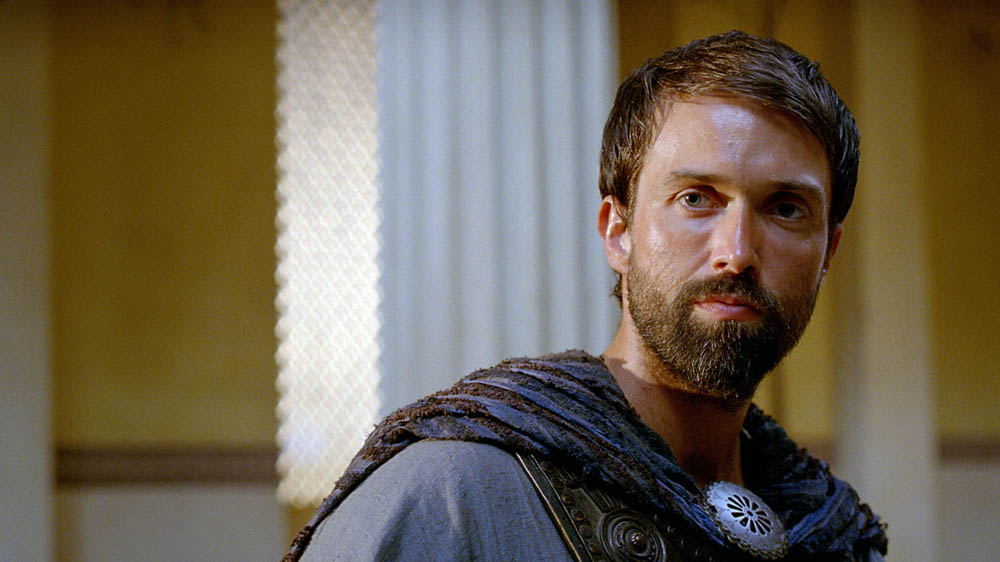 Seeking legitimacy for the match, Ariadne and Jason ask for the approval of the Gods in the person of The Oracle. This draws the seer out of her temple and Pasiphae’s attack on her is the culmination of a long standing enmity between the two.

With so much screen time, you needed little foresight to predict the Oracle’s fate. As Juliet Stevenson enjoyed some of her best moments, face to face against Sarah Parish’s scheming Pasiphae, we easily anticipated the outcome, if not the precise manner. 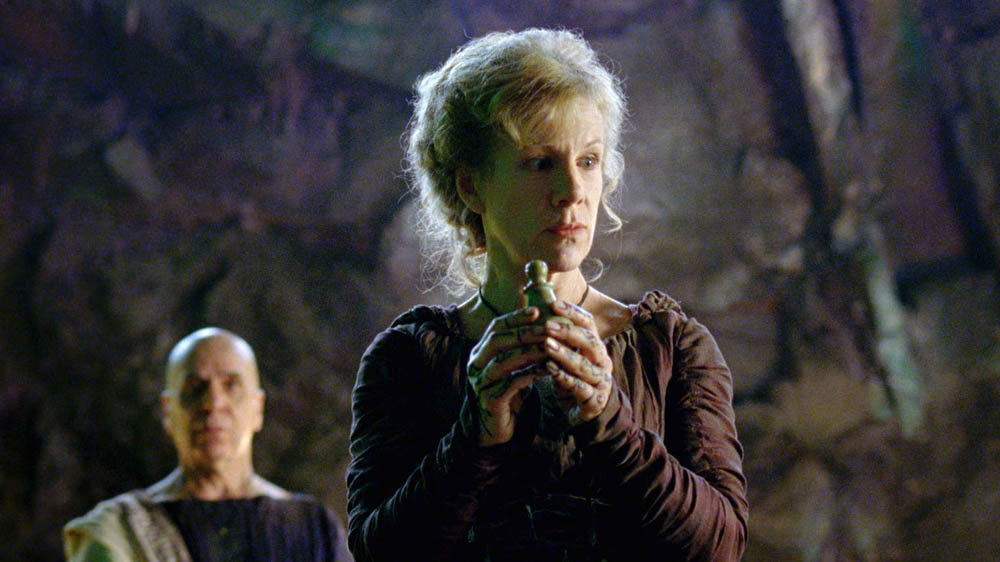 To involve the misbegotten object of Hercules’ affections was a smart move and brought the ever delightful Jemima Rooper back to the show. There was a terrible price to pay for Medusa’s freedom as she was made complicit in Pasiphae’s deadly scheme, as well as putting both Medusa and Hercules back thought the emotional wringer for another few gut wrenching turns.

With Jason falsely accused of responsibility for the Oracle’s death, thanks to the High Priest and Pasiphae’s spy Cilix conspiring against him, plus Hercules telling lies to protect his love, it looks like our heroes are in for a rough old time.

Who knows, maybe they’ll even find something for the criminally underused Pythagoras to do!