It’s the penultimate episode of Boy Meets Girl and Tony has the flu, or at least that’s what he’s protesting to the unsympathetic Pam.

She goes off to work leaving him in the uncaring hands of James who seems more bothered about what Tony’s secretly searching for on the internet than actually caring for him.

Meanwhile, Leo and Judy are spending more and more time together with it becoming apparent that Leo has been staying over a lot. It quickly turns out that Judy has persuaded Geoff (Judy’s creepy ex college friend from Episode 2) to give Leo a job at his car showroom, something Leo is incredibly nervous about.

He doesn’t want to let Judy down. While Judy searches for something upstairs, Peggy and Jackie discuss Judy’s upcoming fortieth birthday and a surprise party they are throwing her. Leo soon gets roped into holding it at his place.

Soon Leo is starting his first day as a car salesman for Geoff, who remains just as creepy as he was on his last appearance at the pub. It’s also obvious that Geoff has told his other employees about Judy when, one of them remarks to Leo “oh you’re the one with the…’girlfriend’” and winks in Geoff’s direction.

Meanwhile as Tony enjoys a day in bed, James brings him up a bowl of soup and uses the opportunity to take Tony’s laptop. As soon as he leaves the room he looks at what Tony has been so secretive about and his shock makes it obvious that he’s probably been researching transsexuals. Tony found out about Judy’s past early on in the series. While James tries to process what he’s seen, Peggy arrives to see what she’s working with in regards to Judy’s surprise party. Upon learning of Tony’s ‘flu’ she assigns herself chief nurse maid and rushes upstairs. 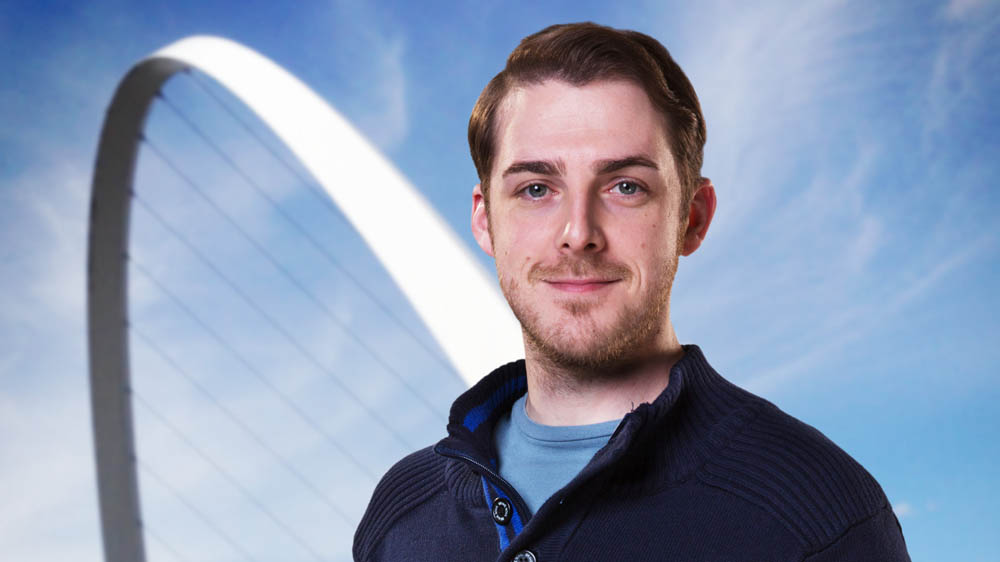 At the car showroom, Leo is struggling with how creepy Geoff is being about Judy. It’s fairly obvious that Geoff has a bit of an unhealthy obsession with what Judy has or hasn’t got between her legs, which eventually causes Leo to quit.

“If you’re going to make out like you’re Judy’s friend when all you really care about is finding out what’s between her legs then we do have a problem,” he remarks before threatening to forward a certain stag do photo of Geoff with the lady boys of Bangkok to his wife!

Back at Pam and Tony’s, Tony uses his time with Peggy to ask her about Judy just before James bursts in. It turns out that Tony had been researching transsexuals on the internet with Google auto-fill ratting him out. James has got it all wrong though and thinks that his dad wants a sex change.

“No way am I standing by while my dad takes a package trip to Panama and comes home without his package. Not on my watch!” he shouts before being told that it’s Judy who’s had the sex change!

While James rushes round to confront Judy, Tony asks a very pointed question when he says to Peggy, “Do you miss having a son?”

Peggy’s answer is possibly one of the quotes of the series when she replies “I never had a son. I had a daughter who came out a bit wrong. But she did what she needed to do and now, well, she makes me proud every day!” It’s a quote which will resonate a lot with members of the trans community, that’s for sure.

As the episode draws to a close, James questions Judy and it’s here where the character of James comes into his own. Previously James has seemed a bit one dimensional, a paint-by-numbers stock sitcom character. Here he begins to show his layers. He cares deeply about his brother and he’s open minded. It’s not necessarily the fact that Judy’s had a sex change that concerns him, it’s whether his brother is happy.

As a penultimate episode, this week’s instalment of Boy Meets Girl was very strong. Pam is now the only member of Leo’s family who doesn’t know about Judy so that secret will surely be revealed next week. While Tony and James have both taken it in their stride, it’s questionable whether the over protective Pam will.

In terms of information and education, this episode is the strongest so far. It’s perhaps short on laughs, but Boy Meets Girl isn’t really that kind of sitcom. First and foremost it’s an unconventional love story and as that it continues to go from strength to strength.