With its gentle humour and educational storytelling, the series was received well among critics and viewers alike. It was no surprise therefore when BBC Two promptly commissioned a second season.

All of the main cast return in their respective roles and this season opener is pretty much business as usual. Judy (Rebecca Root) and Leo (Harry Hepple) are still together, Peggy (Janine Duvitski) is still as crazy as ever as Judy’s mother and Pam (Denise Welch) is still over protective of her boys. There is definitely a sense of continuity about the episode which is no bad thing, with no big shake-ups or cast revamps. Rather than being the first episode of a new season, it just feels like the show’s seventh episode.

The plot centres around a theme of new beginnings. Leo receives a job offer which means he’d have to move to London. Meanwhile, his father and brother decide to set up a food business. 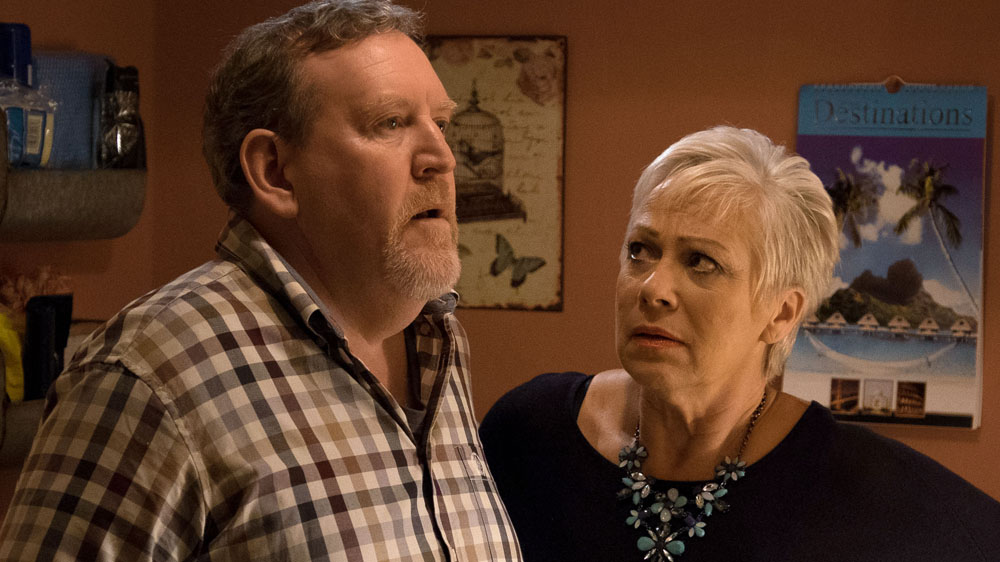 While all of this is going on, Pam is beginning to embrace all things transgender. It’s great to see her try to find acceptance with the whole trans thing rather than having her continue to struggle with it. Her search for acceptance leads her to a transgender support group with Peggy and it is here that Peggy shines through as the voice of reason once more.

In the first season, as bonkers as she was, there was always a common sense aspect to Peggy. As Judy’s mother she was the family member most affected by her transition, yet she is the one who seems affected by it least of all. In a conversation with Pam we get an insight into how she got over it and once again it makes complete sense. It is these small moments, points of genuine human interaction and emotion, which make the show more than your average sitcom.

Central to the show is still the relationship between our lead characters, Leo and Judy. While last season looked at the start of their relationship, this series looks set to see them down the aisle after they got engaged. With Leo’s job offer looking to take him down to London, and Judy’s concerns over her mother’s health keeping her in Newcastle, it looked like a long distance relationship was on the cards. 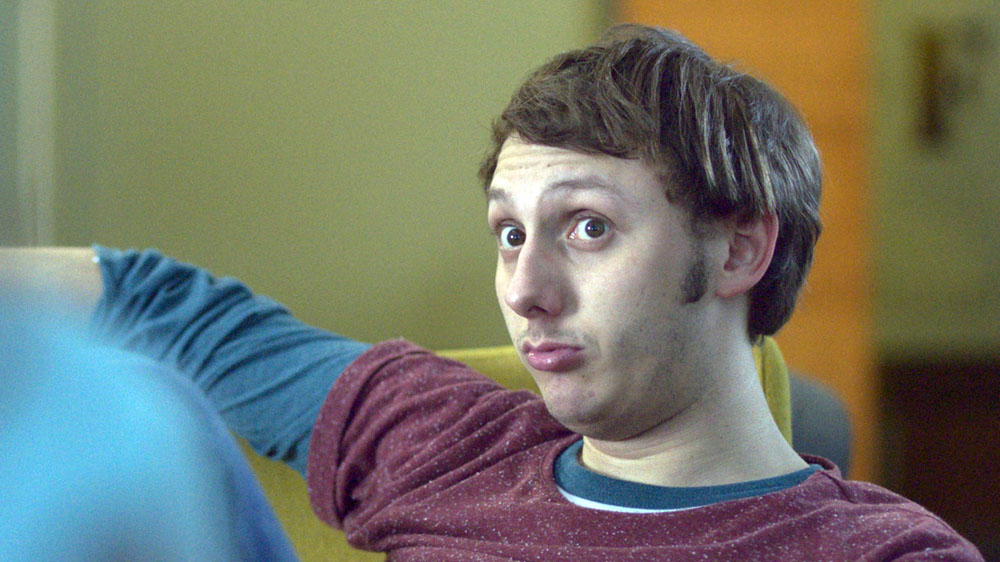 After a heart to heart with Peggy though, Leo had decided that Judy was more important than any job and so popped the question. While the two characters fit well together the relationship is still put across as being an unlikely one.

It is a well-known fact that the dating world is a difficult one to navigate for those in the transgender community. Boy Meets Girl is constantly reminding the viewer of that fact, that for Judy at least the relationship is quite literally the best thing that has ever happened to her.

All things being done, this is a triumphant return for Boy Meets Girl. The charm and heart-warming nature of the first year is still present. The first season had education and acceptance very much at its core and thankfully, this second run looks set to carry on that theme.